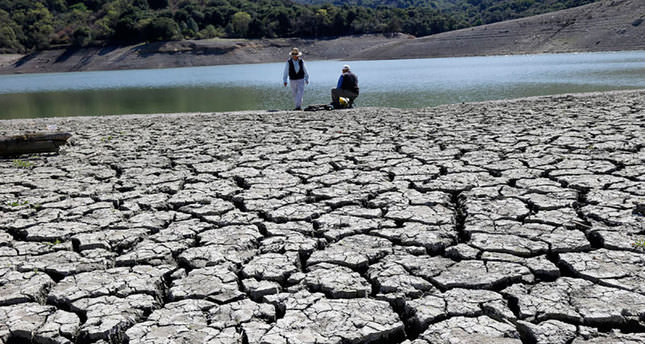 A U.N. report draws a dark picture. By 2050, more than 40 percent of the world's population will be living in areas of 'severe' water stress. Global energy demand is expected to grow by more than a third by 2035

TOKYO — Surging populations and economies in the developing world will cause a double crunch in demand for water and energy in the coming decades, the U.N. said Friday. In a report published on the eve of World Water Day, it said the cravings for clean water and electricity were intertwined and could badly strain Earth's limited resources. "Demand for freshwater and energy will continue to increase over the coming decades to meet the needs of growing populations and economies, changing lifestyles and evolving consumption patterns, greatly amplifying existing pressures on limited natural resources and on ecosystems," the report said.

Already, 768 million people do not have access to a safe, reliable source of water, 2.5 billion do not have decent sanitation and more than 1.3 billion do not have mains electricity. "Lack of access to water, sanitation and sustainable energy is an aggravating factor for poverty," Michel Jarraud, secretary- general of the World Meteorological Organization, told a conference at United Nations University in Tokyo.
About 20 percent of the world's aquifers today are depleted, according to the U.N. report. Agriculture accounts for more than two-thirds of water use. The World Water Development Report, the fifth in the series by the U.N. Educational, Scientific and Cultural Organization (UNESCO), is an overview collated from data from scientific studies and investigations by agencies.

It said ever more freshwater will be needed for farming, construction, drinking, cooking, washing and sewerage, but also for energy production - 90 percent of which uses water-intensive techniques today.

Shale deposits and tar sands, driving an energy boom in North America, are especially hefty in their demands for water to force out the precious gas and oil, the report said. Even so, "They are outstripped by far by biofuels," said researcher Richard Connor, who headed the study. Renewable sources like solar and wind energy that use far less water are gaining ground and accounted for about a fifth of global electricity output in 2011, the report said. But they are unlikely to expand this share significantly if fossil fuels continue receiving the bulk of subsidies, it said. Oil, gas and coal had subsidies of $523 billion in 2011, nearly 30 percent more than in 2010, compared to $88 billion for renewables, the report said, citing International Energy Agency (IEA) figures. Africa, Latin America and the Caribbean have plenty of potential for hydroenergy, which reuses the precious resource, it added.

Hydroelectric dams have been extremely controversial. Big projects deliver gigawatts of power, but critics say they are ecologically damaging and prone to massive cost overruns. The review called for a global effort in efficiency gains, pointing the finger at the arid countries of the Middle East where between 15 and 60 percent of water is wasted through leaks or evaporation even before the consumer opens the tap.

The report also called for smart choices in allocating the trillions of dollars likely to be invested in water and energy infrastructure over the next two decades.