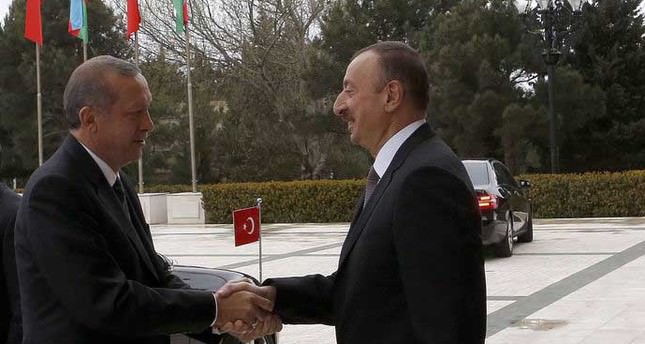 The two have met their Azerbaijani counterparts, as well as President Ilham Aliyev. Regional issues of common interest, including energy were expected to dominate their agenda.

TANAP's importance as alternative energy source
Ongoing preparations to build the Trans-Anatolian Pipeline Project (TANAP), the scheme to deliver Azerbaijani gas to Europe via Turkey, is to be completed by 2019 and will cost around US$12 billion.

When completed, TANAP will carry around 16 billion cubic meters of gas per year to Europe via TAP (Trans Adriatic Pipeline).

TANAP (Trans Adriatic Pipeline) has been a focal point of recent discussions about Europe decreasing its dependency on Russian gas.