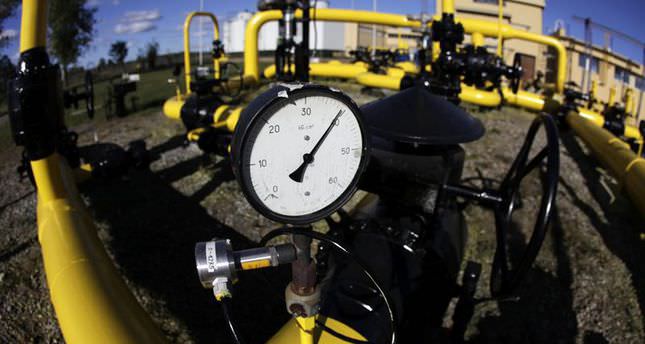 With the Russian annexation of the Crimean Peninsula and increasing tension with NATO, the southern natural gas corridor passing through Turkey becomes key to the European Union's energy security

ANKARA — The southern natural gas corridor passing through Turkey is the strongest alternative to the northern gas corridor that carries Russian gas through Ukraine.

The importance of the corridor running through Turkey is increasing every day because of the political conflict and geopolitical tensions in Ukraine. Since European countries purchase a great deal of natural gas from Russia, European countries are expected to take more concrete steps to provide their energy security.

Gathered in Brussels for the European Union (EU) Energy Council Summit, executive officers from EU countries and the U.S. emphasized that EU needs an urgent alternative natural gas supply route. Many experts say the southern gas corridor that will bring natural gas from Azerbaijan to EU countries through Turkey is one of the most significant projects to reduce EU countries' dependency on Russian gas.

Nicole Bockstaller, the spokeswoman of European Commissioner for Energy Günther Oettinger, said on Thursday that south gas corridor is a project expected to carry 10 billion cubic meters of natural gas through concrete and re-formable carrying systems.

Bockstaller said there are two potential routes for the natural gas extracted from Azerbaijan reaching the EU. "Both of them pass through Turkey. One reaches the EU through southeast Europe to Austria and the other reaches the EU through the Aegean and Adriatic Seas."
In addition to Azerbaijani gas, Cypriot, Israeli, Iraqi and Turkmen gas may be carried by the southern gas corridor which is planned to be built in five years.