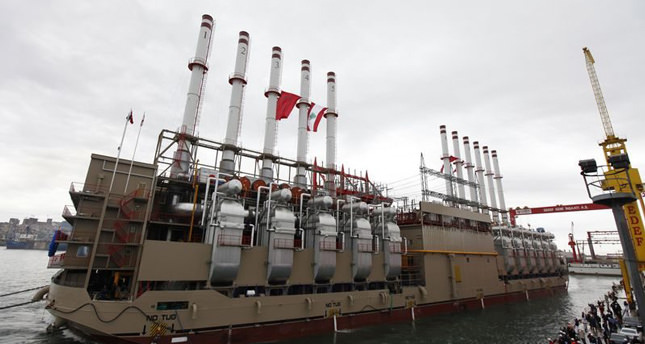 by AA
Apr 05, 2014 12:00 am
BEIRUT — Two Turkish power-producing ships on the Lebanese coast have generated 300 megawatts in one year, meeting 20 percent of Lebanon's energy needs.

During the ceremony organized to celebrate the first anniversary Friday of the arrival of the first of the ships, company officials announced they could increase the production to 400 MW if needed.

In recent years, as a result of the rapid growth of the city and Lebanon's aging electricity grids, the country has been experiencing continual power outages.

Under its agreement with Lebanon, Karadeniz Powerships will stay in Beirut for two more years.