Oil consumers to save more than TL 580 million 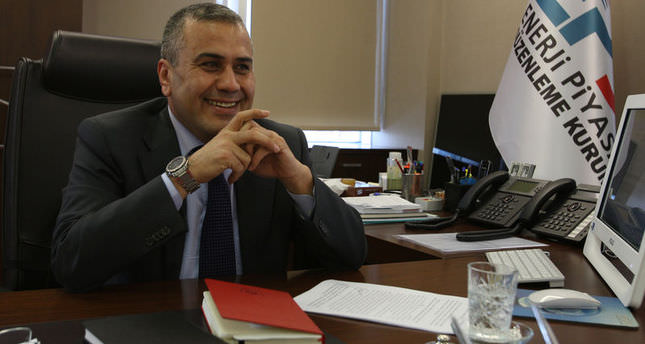 ANKARA — Mustafa Yılmaz, the new chairman of the Energy Market Regulatory Authority, which instituted a price cap on gasoline and diesel that led to a reduction in fuel prices of up to TL 0.39 per liter, spoke to Daily Sabah about the effect that decision will have on the consumer. Yılmaz noted that citizens will save TL 580 million over the next two months. The chairman said that citizens have paid TL 145 million less for gasoline and diesel over the last 15 days.

Yılmaz explained why the price cap was implemented. "We detected an upside-directed trend in profit margins of distribution companies.
In some periods, distribution companies behave carelessly on purpose. Namely, while they are highly 'careful' themselves, they may possibly behave 'carelessly' in corresponding institutions due to various reasons or in the general sense due to various agenda such as elections. They feel the urge to convert this situation into an opportunity. Profit margins climbed up to TL 0.64. Now, we have limited them with TL 0.37."

Yılmaz also answered questions about whether prices will rise again after two months. "We will keep monitoring prices extremely carefully from now on. If we allow the market to slide to the condition it was in two months ago, our recent operations will have been in vain.
Gains for consumers will be put back in a short time. We are currently investigating the legal basis of the matter. We may find other permanent solutions."

Yılmaz also commented on the criticism of the fuel oil sector concerning intervention in the free market. He stressed that companies gain huge profits by adding certain chemicals into fuel oil products. "An additive is put in the fuel oil which adds TL 0.12 price difference per liter. This is not what the free market is. We do not think the customers are informed about these products. For instance, I use euro-diesel for my car, I do not buy mixed products as I know the highest quality product is produced in Turkey," Yılmaz said.

Yılmaz concluded by speaking about the reactions of the sector, stating, "Representing fuel oil dealers, delegation of Trade Union of Employers in Petroleum Products, visited us. They stated that they want our decision to be permanent in matters like the equal sharing of distributive seller and freight. However, there is another trade union whose number of dealers constitutes a minority and whose level of representation is disputable. They rise against the price cap. Thus, they hold a questionable attitude by acting in unison with the distribution companies. We know very well who moves with which motives and keep monitoring the process closely."
Last Update: Apr 07, 2014 1:55 am
RELATED TOPICS