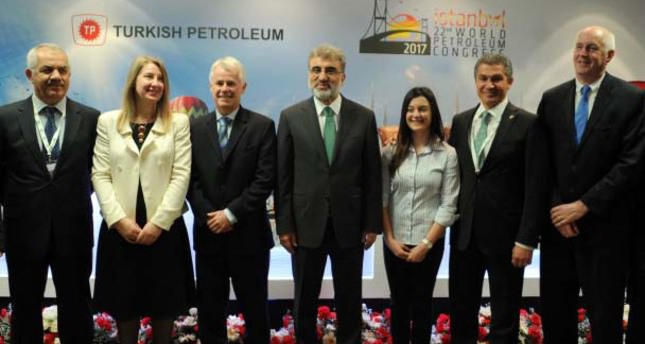 by AA Apr 09, 2014 12:00 am
ANKARA — World Petroleum Congress, the world's most prestigious congress on oil, has been agreed to be held in Istanbul in 2017 at a signing ceremony in Ankara on April 9.

The World Petroleum Congress is a global meeting hosting the most prominent figures and organizations in the oil industry. It is organized by the World Petroleum Council, which is headquartered in London and consists of over 65 member countries representing over 95 per cent of global oil and gas production and consumption. This year's 21st congress will be hosted by Moscow between 15th - 19th of June.

The congress is organized once every three years and Istanbul will host the 22nd congress in 2017.

Turkish Energy Minister Taner Yıldız and Renota Bertani, the head of World Petroleum Council, signed the memorandum that authorizes Turkey as the event organizer. Turkish Petroleum Corporation (TPAO), the main sponsor of the congress in Istanbul, will be responsible for the preparations and organization from the Turkish side.

Istanbul experiences a massive infrastructure transformation, said Yıldız. "I believe we will host the event and our guests in the best way possible in Istanbul where Europe and Asia meet."