Israel to cooperate with Turkish companies to market its gas 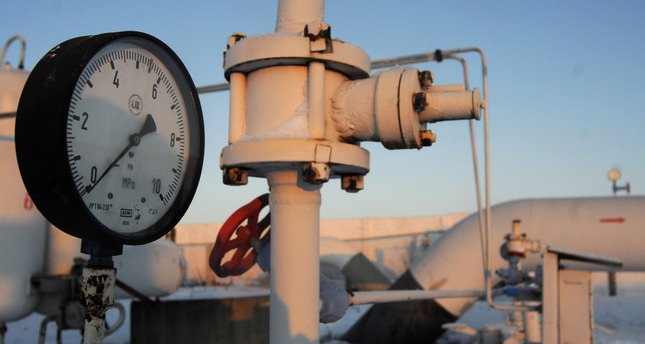 by Mehmet Nayır
Apr 24, 2014 12:00 am
ANKARA — The number of unexpected applicants for gas diplomacy in the eastern Mediterranean is rising at an accelerated pace after Israel apologized to Turkey and agreed to pay compensation for the 2010 Mavi Marmara incident and a new resolution process was initiated in Cyprus between Turkish and Greek Cyprus.

Following Israel's request for offers from prominent energy companies such as Çalık Holding, Turcas and Enka, Sabancı Holding also joined in the tender. Turcas announced it entered into a partnership with Sabancı Holding and EnerjiSA, part of giant German energy company E-on, for the transportation and distribution of eastern Mediterranean natural gas.

Transport of the natural gas in Israel's Tamar and Leviathan areas through pipelines is planned for the first stage. In the medium term, the addition of Cypriot gas to the route, which is the most plausible option to move the gas, is also planned. The consortium envisages that nearly 8 to 10 billion cubic meters of gas will be transported to Turkey annually through the yet-to-be built pipeline. Negotiations with companies began for the price and consumption of the gas. The cost of the pipeline is estimated to be about $1.5-2 billion (TL 3-4 billion).

Turcas wants to move ahead of its competitors by building a strong supply chain, following the transmission of the gas to Turkey. EnerjiSA, which has a gas power plant of nearly 1,300 megawatts, is among the biggest natural gas consumers. The company also plans to build a new gas plant of 500 megawatts in the medium term.

Experts say the price of the natural gas will be determined after negotiations between companies. The prices will be assigned to companies according to whether they make partnerships in the building of the pipelines and purchase the gas on the border. Authorities from the Ministry of Energy explained they will stipulate the active presence of Turkish companies in the eastern Mediterranean for the project to come to fruition. They stressed Turkey's perspective does not consist of only a pipeline.

Rather, it aims to have a share in the regional sources. According to authorities, the gas that is to be produced in the eastern Mediterranean is not appropriate for liquefied natural gas. Additionally, other pipelines out of Turkey cost eight times more.
Last Update: Apr 24, 2014 1:40 am