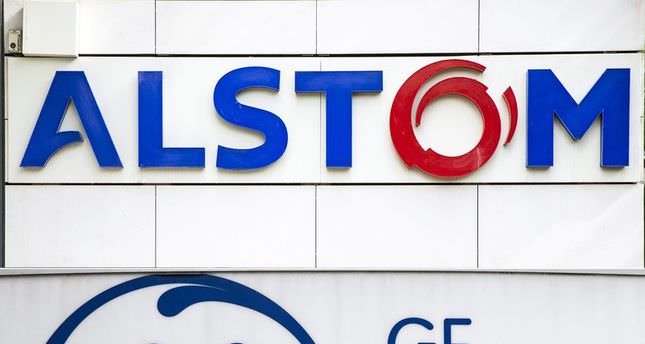 by May 02, 2014 12:00 am
PARIS — General Electric's overtures to the power business of France's former industrial beacon Alstom have shown again how the French state, for all its interventionist zeal, has limited room for manoeuvre against big business. Citing "patriotic concern" over loss of jobs and control of a group with a history stretching back 86 years, President Francois Hollande's government leapt into action to find ways of countering the offer after news of it emerged last week. While Germany's Siemens - billed by Paris as a possible white knight - still has a month to make its intentions clear, Alstom's decision to review GE's $16.9-billion (TL 35.6 billion) bid makes the U.S. giant the clear favourite to secure the turbine and grid assets that make up the bulk of Alstom revenues. If GE succeeds, it will mark the latest climb-down for a two-yearold government which has already ended up on the losing side of public stand-offs in the telecom and steel industries. "This is the end of an era. The state no longer has the means to protect weak companies in sensitive sectors," left-leaning Le Monde said in a front-page editorial entitled "The state can't do it all".

Such views are not widely held in a country where the state holds stakes in dozens of bluechip companies and governments of all stripes see it as their duty to intervene in corporate matters. A conservative government bailed out Alstom in 2004, five years before the economic crisis tore through the firm's order books. Yet the saga of the past week shows Hollande's Socialists unable or unwilling to get out the big guns of state weaponry to ward off the U.S. giant. France's move in 2005 to name dairy group Danone a concern of strategic importance to shield it from a feared takeover by U.S. drink-maker PepsiCo is now regarded as a textbook classic of "economic patriotism".

But GE's offer to ringfence from the Alstom deal the turbines used by France's nuclear industry - which generates some 75 percent of the country's power - has meant the state has not played the strategic concern card this time. Unions are urging the government to purchase a 29 percent stake in Alstom held by industrial group Bouygues, which is seeking an exit to be able to invest in its telecom unit. Economy Minister Arnaud Montebourg said on Wednesday that he would study the option. But such a move was swiftly knocked down by the official government spokesman, while a source close to Hollande said it would run up against European Union antitrust laws. Even the emergence of Siemens as a possible saviour had an unlikely air about it. One industry insider told Reuters that no one at Alstom wanted a deal with Siemens because everyone - from the low-level worker to chief executive Patrick Kron - recalls how Siemens lobbied against state aid for Alstom back in 2004.