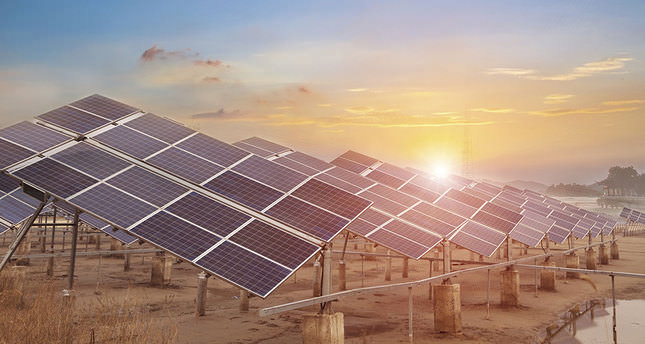 by AA May 13, 2014 12:00 am
ANKARA — Turkish energy firms compete against each other in a tender bid in Ankara on Monday to be chosen to produce solar powered electricity.

A total of 600 megawatts of electricity is to be licensed in a tender bid with the highest bidder receiving the permit rights.

These solar electricity production companies are to invest in their regions and pay their respective fees over the next three years.

Currently, Turkey generates 46 percent of its electricity from natural gas and has an energy bill of up to $60 billion a year. Turkey only meets 27 percent of its energy need from its own sources, renewables and coal included. By 2023, Turkey aims to meet 30 percent of its need from renewable sources alone.