Mine safety to be aligned with ILO standards 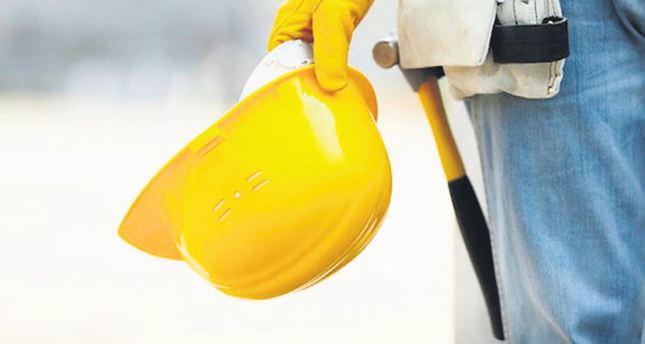 by daily sabah May 19, 2014 12:00 am
ISTANBUL — The coal mine disaster in Soma, which happened four days ago and caused the deaths of 301 mineworkers, has spurred the Ministry of Labor to propose initiatives to improve mine safety. The director at the General Directorate of Occupational Health and Safety, which is under the Ministry of Labor, Kasım Özer, said that a commission would be formed with the participation of all corresponding parties.

Özer declared that all related parties from trade unions to employers and employees to public institutions, from experts to representatives of the private sector will be officially invited to participate in the commission. He added that examples from around the world will be used to determine which changes need be made to improve mining regulations.

The director also highlighted that the requirements of Article 176 of the International Labor Organization (ILO) "Safety and Health in Mines Convention" will be discussed in the commission.

The fact that Turkey did not sign this article has been highly controversial. "We always arrange and renew regulations in various sectors from agriculture to forestry.

After the disaster, we prioritized the issue of mining," Özer noted. "Any suggestions will be evaluated by the commission, after which a draft will be prepared.

Özer stated that all types of amendments, including obligations for rescue chambers, are possible and to be discussed. "We will introduce everything from developed countries that have expertise in mining like Canada and Germany,"

Özer remarked and continued: "We will discuss not only rescue chambers but also any other technologies in the world in this area and how they will be integrated in Turkey. It is not plausible to mention a certain date, as those suggestions may require considerable investments and technologies. That is why applicability is of great importance. At the end of those negotiations, rescue chambers may be an obligation for certain businesses; for example, those of a certain size or criteria. All these are to be negotiated."

Özer indicated he had made an onsite inspection and that inspectors from the Ministry of Labor are still examining the site. He noted the final and official statement on whether the fire was started by the transformer will only be made after these inspections are completed and added: "The head of the Inspection Board and five inspectors are currently examining above ground as no one can go underground. When it becomes possible, a report about the cause of the disaster will be prepared. Yet, we need another week for that."

Following the press conference held by Soma Coal Enterprise owner Alp Gürkan and the executives, the debate of rescue chambers in mines grew even hotter. Rescue chambers are widely used in the global mining sector. As proven in the example of Chile, these chambers provide shelter for two or three months. The possibility of long-term shelter applies only in the case of wreckage.

Rescue chambers are not standard for all types of mines. Customized models are produced for coal mines, with most models produced by an Australian company. The duration of shelter provided in cases of fire and toxic gas ranges between 36 and 100 hours (four days) for coal mines. Rescue chambers are attached to the general ventilation system of the corresponding mine. As the connection with the system is cut in accidents causing fire and gas emission, the original mechanism of the chamber becomes activated, providing oxygen for a limited time.

According to mining standards arranged by the Turkish Standards Institution (TSE) within the context of European Union directives and international rules, 24 workers out 787, found to be underground in Soma, were supposed to have received enough training to be experts in search and rescue operations. The rescue team in Soma should have consisted of 34 people, including the technical staff. It is alleged that most workers died because they headed to the wrong side and a faulty air blast, while according to TSE standards, rescue teams should have received training in compliance with this type of mine.

There have to be machines that discharged oxygen masks. Besides, it is obligatory to have a non-stop air stream to the mine. Parliament will also work on the issue. The Parliamentary Commission for Industry and Energy will come together so as to ensure that proper measures are taken. The aim of the commission is to enhance the security precautions as a result of the lesson taken from Soma. The Energy Commission will examine models from prominent countries in the area of mining like Germany. Obligations for rescue rooms in mines and raising the bar of workplace security are at the top of the agenda. Members will bring what should be done to the table and designate a road map.
I