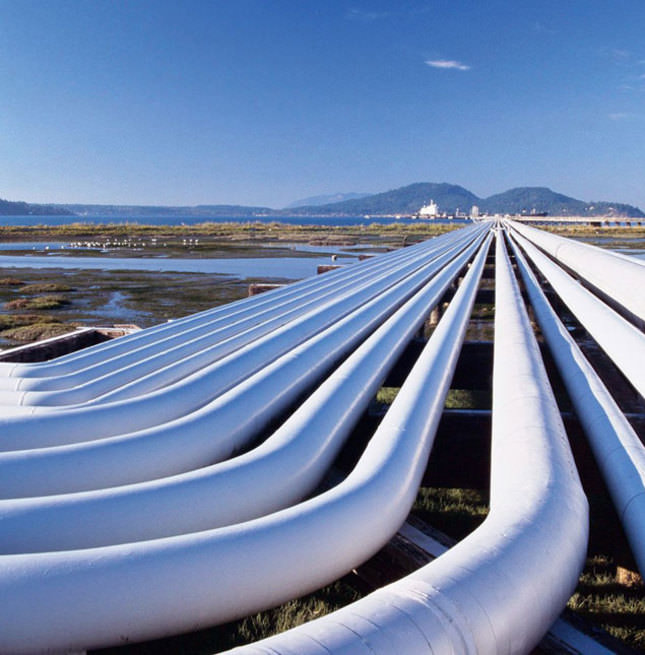 Turkey's Zorlu Holding is conducting work on a pipeline worth $2.5 billion to transfer natural gas that was discovered in Israel's Leviathan field to Turkey. The undersea system is expected to transfer 8 billion cubic meters of natural gas per year

ISTANBUL – Turkey's Zorlu Holding is conducting work on a pipeline worth $2.5 billion (TL 5.25 billion) to transfer natural gas that was discovered in Israel's Leviathan field to Turkey. The undersea delivery system is expected to transfer 8 billion cubic meters of natural gas per year.

As Turkish daily Dünya reported, Zorlu Group stands among the most prominent actors in the Turkish energy sector. A group company, Zorlu Energy has domestic natural gas, geothermal, wind and water based power plants in addition to its investments of a wind plant in Pakistan and gas-based power plant in Israel.

"We do not have a project with Azerbaijan, rather we are interested in the transmission of Israeli natural gas. However, we are doing this not as Zorlu Energy but as Zorlu Holding. The cost of the pipeline for conveyance of the gas in Leviathan field to Turkey is $2.5 billion to $3 billion, everything included," Ak noted. "Apart from that, the company which will develop the field has to make yet another investment of nearly $6 billion. Thus, a total investment of $8 billion is envisaged. This has to be financed. We will not finance all of the investment of $8 billion. However, a part of the $3 billion will be undertaken by the exporters. When we supply the financing, it will provide a basis for the party who invests in the field. The owner of the project should show the possible financers where it will sell the gas. With regard to our gas purchasing agreement, they will also create their own financing packages," he further continued.

Sinan Ak explained, "I have already said that the cost of the project can climb up to $8 billion including the pipeline and field works. Partnership is necessary with such big projects. However, we still have not made any decisions. We think it is early for partnership negotiations.

Sinan Ak also spoke about the route of the pipeline. "The line will be built under the sea. It will pass through Cypriot exclusive economic zone and reach Turkey at the point of Ceyhan region in the coast of the Mediterranean. According to surveys, the life of the project may be up to 15-20 years. As long as gas is found in the area, it will be possible to convey it on this line," Ak remarked.
Ak also announced that the project will pay for itself in 10 years according to their projections. "When the price of natural gas in Turkey is taken into consideration, the cost of investment seems quite reasonable," he said.