Irregularities in Soma coal mine come to light 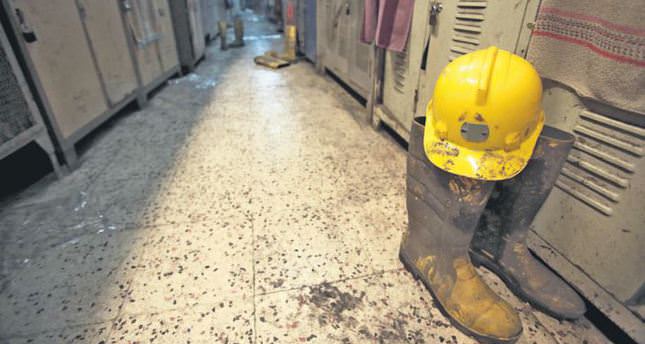 by Betül Alakent May 24, 2014 12:00 am
ISTANBUL — Illicit processes in the Soma coal mine where 301 mineworkers lost their lives on May 13 have been uncovered as the days go by. The owner of Soma Holding, which was running the coal mine, Alp Gürkan, put forward in his press conference on the fourth day after the accident that the area of exploration had changed and that is why the rescue chamber became distant. However, the risk evaluation regulation in Article 12 of Occupational Health and Safety Law requires re-evaluation of the risk in case of a change of area.

Association of Occupational Safety Specialists (İSGDER) President Latif İşcen indicated that Soma Holding had not complied with many articles in the Occupational Health and Safety Law. "The companyreveals how lawless the job was done even when they allege the company did not have any deeds against the law," İşcen noted. "The first thing to do in a mine is to increase exit points in case any emergency happens. The path is 3-kilometers-long in this mine, and there is only an exit. In such danger, escape is nearly impossible from that port. However much the issue of a rescue chamber is put on the agenda, it is actually of secondary importance because those chambers serve when you cannot reach outlet chambers. Personal protectors, namely masks that hit the headlines frequently, are to be used after all those actions. The masks should be used at immediate escape actions as they cannot be useful more than half an hour," he further explained.

Apart from that, İşcen announced they have developed a model, which the ministry also put on the agenda, for occupational safety specialists to be able to act independently. İşcen suggested the establishment of an occupational safety fund with specialists' wages paid from the fund, stressing that the efficiency of specialists would be enhanced in this way. "The highest number of occupational accidents happens in SMEs. That is why a special model is needed for enterprises with less than 20 personnel.

What we offer is the assignment of an occupational safety specialist for health centers in nearly all neighborhoods. Specialists should check surrounding groceries, butchers, et cetera one or two days a week," he concluded.

Moreover, the chain of negligence in the disaster brought the International Labor Organization's (ILO) "Safety and Health in Mines Convention" No. 176 onto the agenda. Following the corresponding direction of Prime Minister Recep Tayyip Erdoğan, executives of the Ministry of Labor and Social Security came to the table with representatives of the ILO. The government decided to sign the ILO Convention, which imposes responsibilities such as preparing technical guides, organizing audits and investigating accidents.

Thus, responsibilities of employers and enterprises will increase, while mineworkers' working conditions and environments will be raised to the highest level. Enterprises that do not comply with the articles of the Convention will no longer be able to operate.
Last Update: May 24, 2014 1:31 am
RELATED TOPICS