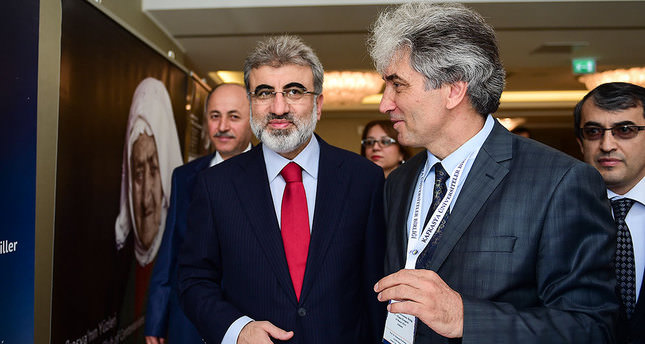 If Russia makes an official offer, we find it feasible and possible, said Yıldız at the fourth Annual Congress of Caucasus Universities Association titled "Role of Energy in Caucasia's Future" in Ankara.

Russian President Vladimir Putin recently announced that Moscow would choose a country not belonging to the European Union for passage of the South Stream pipeline, following the EU's reactions to the annexation of Crimea by Russia.

The South Stream project, which is expected to be operational by 2018, was designed to ship Russia's natural gas to Europe through Bulgaria, Greece, Italy and Austria.

However, Brussels has put the project on hold as the EU seeks to decrease its reliance on Russian gas.

Asked about the identity of the buyers of northern Iraqi oil, which has started to be exported from the southeastern Turkish port of Ceyhan last week, Yıldız said, "We don't know who buys the oil since the oil belongs to Iraq, and Turkey only manages the transportation part, not the sale."

Yıldız mentioned that 100,000 to 120,000 barrels of northern Iraqi oil per day were continuing to flow into Ceyhan before being transferred to the Mediterranean market.

The oil had been stored in Ceyhan for the last six months in line with an agreement signed between Turkey and the Kurdish Regional Government in northern Iraq as the central government in Baghdad opposed its sale, claiming that would violate the country's constitution.

While negotiations on a deal between the Irbil and Baghdad authorities were taking place, almost 2.5 million barrels of oil accumulated in Ceyhan.

Last Thursday, Yıldız announced that the one million barrels of the Ceyhan oil had begun to be sold to Mediterranean market.
It remains unclear whether an agreement was actually reached between Irbil and Baghdad.