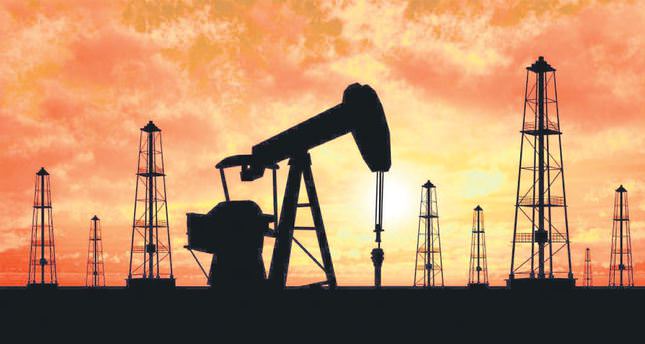 First shipment of KRG oil, exported from Turkey has reached its final destination in Morocco despite strong objections from the U.S. and Baghdad

The tanker departed from the Turkish port of Ceyhan on May 23 and since then the route of the vessel has been followed by prying eyes. According to vessel tracking services and international news agencies, the crude oil tanker was originally routed toward the Gulf of Mexico, however, the tanker has since sailed to the Moroccan coastal city of Mohammedia on the Atlantic Ocean and reportedly, it has stayed stationary outside port Mohammedia since Tuesday morning.

KRG officials however have announced that the tanker has arrived at its final destination, "The tanker (carrying Kurdish oil) has reached its destination," said KRG Spokesman Safeen Dizayee. "We are insisting on exporting oil, and it is sold according to market price and quality," he added. However, KRG officials did not clarify why the vessel turned around in the Atlantic Ocean before reaching the Moroccan port of Mohammedia.

The Marshall Islands-registered tanker is currently stationary outside of the port, which is the delivery point for the Samir Mohammedia refinery. The refinery is a subsidiary company of Swedish Corral Petroleum Holding. Regarding the allegations that KRG Oil was bought by Samir refinery and the vessel is unloading its shipment, Daily Sabah reached out to officials from the Samir refinery, however, they declined to comment on the topic. By late Tuesday the tanker was maintaining its stationary position at delivery point for the refinery.
The Iraqi central government has reiterated its threat to take legal action against any buyer of oil exported via a new pipeline from the KRG region to Turkey. But Ankara has brushed off Iraq's claims which have accused Turkey of worsening the row over who controls Iraq's resources.

Turkish Energy Minister Taner Yıldız remarked on Monday that Ankara will preserve its positive attitude in the dispute over the export of KRG oil to the world via Turkey. "Would it be better for Iraq if Turkey wasn't letting Iraqi oil to flow through it? It wouldn't. We are a neighbors, friends and a fraternal country that is laying the basis for the transmission of Iraqi oil to world markets," minister Yıldız remarked. He also said that oil revenues belong to all of Iraq. "This oil is not Turkey's, it is Iraq's, and the income to be yielded from here will be Iraq's income. The income to be generated from oil exports will be distributed with a system that our Iraqi brothers established themselves. Therefore, I don't find it right to say things to Turkey that cannot be told to anybody else." Yıldız added. Despite Baghdad's complaints KRG officials say oil exports from the Turkish seaport were in line with legal obligations. KRG Prime Minister Nechirvan Barzani met Saturday with U.N. special envoy to Iraq Nikolay Mladenov to stress his commitments to all obligations related to Iraq. This includes Iraq's commitments regarding oil, he said.

While Baghdad demands that the State Organization for Marketing of Oil (SOMO) is used for oil trade, the Kurdistan Regional Government (KRG), wants to use the Kurdistan Oil Marketing Organization (KOMO). Baghdad has repeatedly threatened to take legal action against any entity that buys Kurdish volumes not sold through Iraq's official market agency SOMO.
Last Update: Jun 04, 2014 10:11 am
RELATED TOPICS