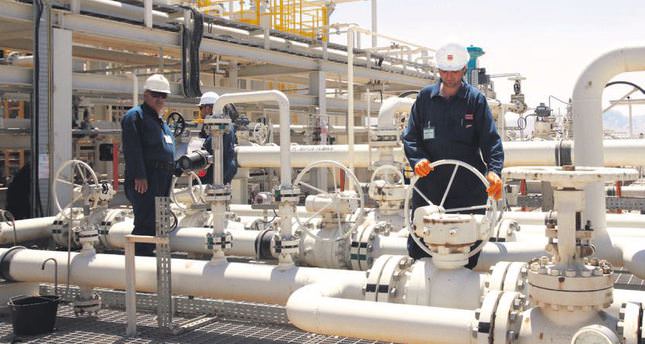 by AA Jun 05, 2014 12:00 am
IRBIL — Turkey and the Kurdish Regional Government have signed a 50- year deal to export Kurdish oil, as stated by the prime minister of the Kurdish Regional Government in Iraq. Nechirvan Barzani announced on Wednesday during a speech in the Iraqi Kurdistan Parliament in Irbil, the capital of the Kurdish- dominated region in northern Iraq, "We have signed an energy deal with Turkey which comprises 50 years and can be extendable if necessary." Relations between Irbil and Baghdad have been strained by disputes over the sale of northern Iraqi oil through Turkey.

After the Iraqi central government suspended funds from oil income to the KRG, Irbil went on to export oil in late May saying it would serve as compensation for the budget cut. "We don't have any intention of dividing Iraq, and this agreement is not part of such an agenda either," Barzani said.

The exports of oil would not pave way for the independence of the KRG, said Barzani, adding that the Kurdish government would continue to exercise its constitutional rights, which grant 17 percent of the budget to the Kurdish region. He remarked that the KRG has exported northern Iraqi oil worth $9 billion to date, which was mainly used to pay government workers.

The KRG has said it needs a total of 850 billion Iraqi dinars ($740 million) to meet outstanding payroll costs with Barzani claiming that the Kurdish government needs $31 billion for its citizens to have a normal standard of living. "We need basic services for our citizens including standard infrastructure including schools, highways and bridges.

We insist on obtaining our constitutional rights and we will not step back under any circumstances," he said. The first batch of Kurdish oil to be transported through Turkey took place on May 23 and had an estimated value of around $110 million. Turkey and the KRG have stated that the flow of Kurdish oil to international markets would continue despite Iraq's appeal to international arbitration demanding an immediate halt to sales.
RELATED TOPICS