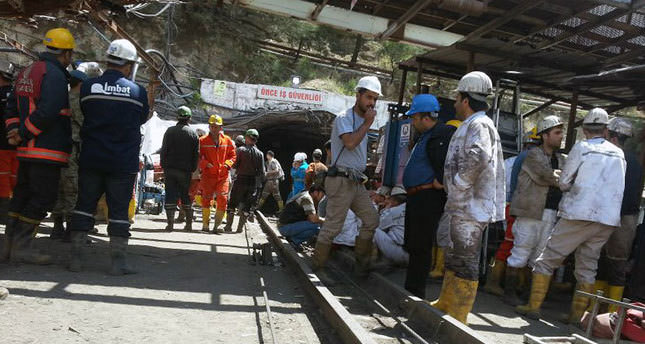 by Daily Sabah Jun 10, 2014 12:00 am
ISTANBUL — As part of a compensation claim made by the relatives of the 301 miners killed in last month's mine disaster, a court in Soma has decided to hold the assets of Soma Mining Company in escrow, seen as a major victory by the plaintiffs.

Soma Mining Inc. has had its assets suspended following court action taken against them by the family of Mustafa Kocabaş, a coal miner who died in the Soma disaster in May.A court gave the verdict against the. Soma's Court of First Instance yesterday that rendered to apply the ancillary attachment to the company's movable and fixed properties as well as its receivables from the Turkish Coal Enterprises (TKİ).
Within the suit that was filed for monetary and spiritual damages, the court decided to force a suspension to the company's properties, receivable accounts, business machineries and registered fixed properties.The Court also gave ruling that the company will have TL200,000 held in escrow which will be given to Kocabas family should the court produce a guilty verdict.

During an interview with an AA correspondent, Atty. Hakan Kahraman said the verdict is a promise for the families of all the deceased coal miners.Kahraman said that the verdict is important as it prevents the evasion of company's receivables from TKİ."The court decision will serve as a model for other remedial actions. Thanks to this lawsuit, that will be brought on behalf of all the victims, indemnifications are already guaranteed," he added.
RELATED TOPICS