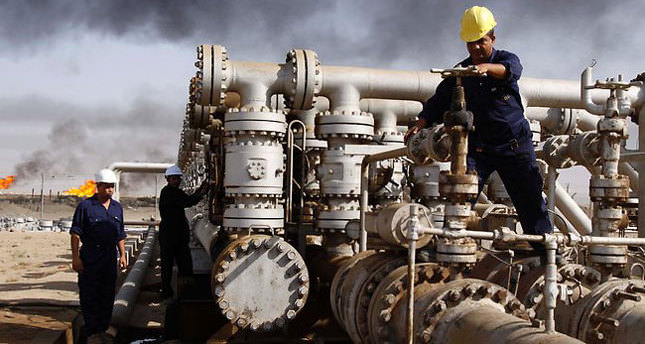 by Daily Sabah with Agencies Jun 15, 2014 12:00 am
Brent Crude prices reached the highest levels since last September and it achieved its biggest weekly gain this year as the conflict in Iraq is growing.

After the ISIS (Islamic State of Iraq and Syria) attacks on Mosul and central Iraq last week, Brent Crude hit $114.69 on Friday. There has been ongoing fighting between ISIS militants and Kurdish Peshmerga troops around the oil-rich city of Kirkuk.

The oil supply is threatened due to a power vacuum created by heavy fighting in the region, reports state that pipelines are being targeted by thieves. Analysts say a loss of Iraqi supply could add $30 to the price.