Kurdish oil exports rise as Iraq faces off with insurgents 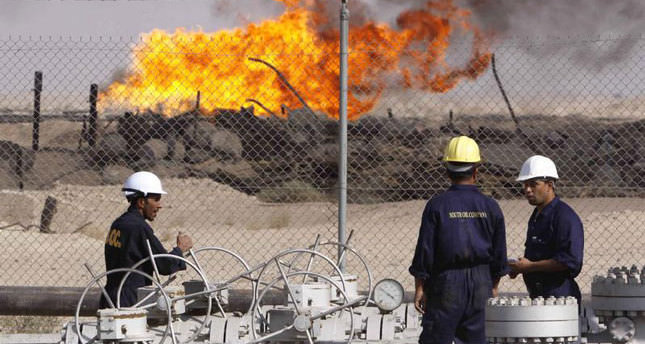 by Jun 16, 2014 12:00 am
As Iraq struggles to stop an insurgency by extremist militants, its autonomous region Kurdistan is ramping up independent oil exports, with a third tanker set to load a cargo of crude from its disputed pipeline.

Iraqi Kurdistan began independent pipeline exports via Turkey in May, despite protests from Baghdad which claims it has the sole authority to sell Iraqi oil via state-marketer SOMO.

Oil flows through the Kurdistan Regional Government's (KRG) pipeline to Turkey have continued uninterrupted despite a lighting advance by Sunni militants in northern Iraq that threatens to dismember the OPEC country.

"A third tanker is scheduled for June 22 to export the oil coming from northern Iraq," Yıldız told reporters. Energy officials said the tanker will be carrying 1 million barrels of crude.

But Yıldız declined to elaborate on the buyer. "Iraq is carrying out the tender and the sale for this oil... That's why we don't go into the 'which country did it sell, when did it sell' types of issues."

The oil is loading despite previous setbacks to the KRG's attempts to sell this controversial oil. Its first exports have still not discharged for a refinery.

Baghdad's threats of legal action and the black-listing of buyers has dissuaded most from touching Kurdistan's new crude stream.

The KRG's exports of smaller quantities of trucked oil has found many buyers but the central government is focussed on catching those who touch the larger pipeline exports.

The first tanker, the United Leadership, is still lingering off the Moroccan coast after it attempted to deliver oil to the North African country's Mohammedia refinery at the start of this month. The government told the vessel, laden with 1 million barrels of oil, to vacate its waters pending a final decision.

The second tanker, the United Emblem, sailed from Ceyhan to Malta last week, but the buyer of this cargo remained unclear.

After the first tanker loaded, the central government in Baghdad filed a case for arbitration with the International Chamber of Commerce (ICC) against Turkey and its state-run pipeline operator BOTAS, saying the obligations under the Iraq-Turkey Pipeline Agreement were breached.

Iraq and Kurdistan have been trying to reach a political agreement over oil sales, but five months after the startup of KRG pipeline, there still had been no final decision, prompting the regional government to go it alone.