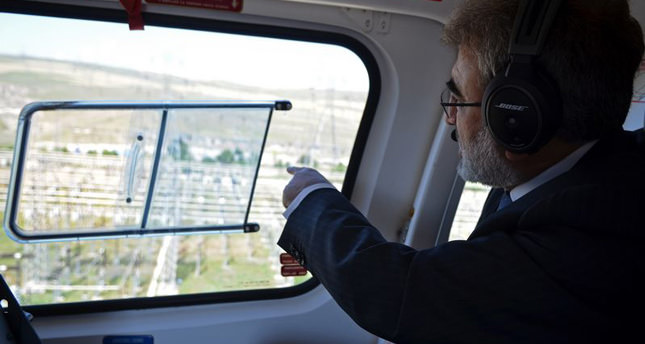 by AA
Jun 17, 2014 12:00 am
Turkey is to introduce helicopters to monitor the country's 51,000km of electricity cables, the energy minister announced on Tuesday.

Speaking at the launch of the project, Taner Yıldız said the "state of the art" technology would reduce blackouts as helicopters identify overheating power lines with thermal cameras, allowing preventative repairs.

Turkey has the second greatest length of power cables of any European country. After accompanying one helicopter crew on an inspection, Yıldız said: "We can prevent the electric cut-outs as we get information beforehand."

The state-owned Turkish Electricity Transmission Company has struck a deal with the Air Methods Corporation by which the U.S company's four helicopters to inspect lines over the next three years.