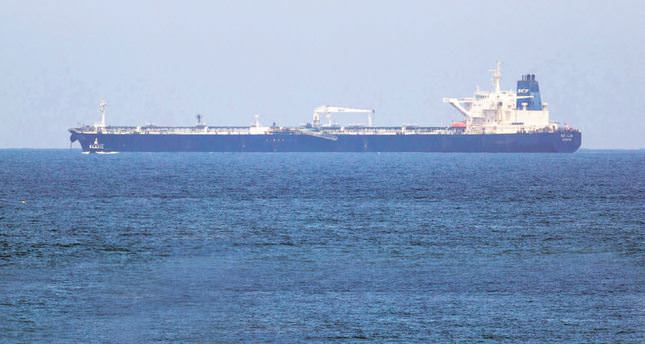 Kurdish oil exported via Ceyhan by international markets has been continuing almost for a month. However, strife is expected to end with completion of the sale of the first tankers

While Baghdad and Washington continue to oppose the sale of Kurdistan Regional Government (KRG) oil to international markets via Ceyhan, Kurdish oil has found buyers, and it seems like the KRG has managed to pass an important stage in the acceptance of its oil by international markets. KRG oil exports from the port of Ceyhan began on May 23, and so far almost 2 million barrels of crude oil have sailed via tankers. The first tanker, United Leadership, which left the Turkish port in May, is parked off the coast of Morocco; however, story of the second tanker is quite different. The second tanker, United Emblem, departed from Ceyhan and waited off the coast of Malta last weekend. According to industry sources, United Emblem transferred its cargo to the Liberia- flagged tanker SCF Altai. Ship tracking devices show that last Saturday United Emblem was right up against SCF Altai, and ship-2-ship transfer was completed last Sunday. Oil industry sources confirmed that SCF Altai is loaded with Kurdish oil, and the tanker has been in a stationary position outside of the Israeli port of Ashkelon since Friday morning. Daily Sabah contacted officials from Ashkelon port, and officials said that the tanker is expected to offload its cargo this weekend, but they declined to comment about the details of its contents. Meanwhile, the United Emblem returned to Ceyhan on Friday and is expected to be reloaded with Kurdish oil and to sail away on June 22.

Besides, industry sources affirmed completion of the sale of Kurdish oil. "Sale of the second tanker is done. The buyer has already sent a letter of credit to Halkbank, and payment is expected be transferred next week. But I cannot confirm the buyer company," an industry source in Ankara commented.

Meanwhile, industry sources also expect that the long wait of the first tanker, United Leadership, will end in the coming days. The Marshall Islandsregistered tanker, which is carrying more than 1 million barrels, departed from the Turkish port of Ceyhan on May 23, and since then, the route of the vessel has been followed by prying eyes. Since the beginning of June, the tanker has remained stationed outside Moroccan port of Mohammedia.

According to sources, the Samir refinery, which is a subsidiary company of Swedish Corral Petroleum Holding, bought the KRG oil; therefore, the tanker has been waiting on the coast by the refinery for weeks. Sources also stated that the tanker could not offload its cargo due to pressure by the U.S., however, industry sources expect an easing of international pressure and expect that offloading will become possible in the coming days.

Furthermore, Turkish Energy Minister Taner Yıldız stated earlier this week that Kurdish oil would continue to be exported via Ceyhan amid international pressure. Minister Yıldız remarked that a third tanker carrying KRG oil stored in Ceyhan would transport oil for sale on the international market on Sunday. "A third tanker is scheduled on June 22 to export the oil coming from northern Iraq." However, the minister also said that as Turkey is not involved in the sale of the oil, "We do not deal in where the oil will be sent," he added.

The controversy over acceptance of Kurdish oil exported via Ceyhan by international markets is being watched closely by the entire oil industry, and this strife is expected to end with completion of the sale of the first tanker. Regarding this issue KRG spokesman Safeen Dizayee exclusively told the Daily Sabah that they expect Kurdish oil will find its way to the international market. "The KRG has, since the beginning, operated under the framework of the Iraqi Constitution regarding all aspects of oil and gas policy. KRG actions have been legal and fully constitutional, and the presence in Kurdistan of some of the largest and most reputable oil companies in the world attests to this reality. In the final analysis, oil and gas will find their way to the international market." In line with Dizayee's statement, Shwan Zulal from London-based Carduchi Consulting commented earlier that hesitation in the market is temporary. "I think [saying] the world market is falling over themselves to buy Kurdish crude is a little premature, but they certainly appear to have buyers, and that is what matters for now. The world market will come later," Zulal remarked.
Last Update: Jun 21, 2014 12:57 pm
RELATED TOPICS