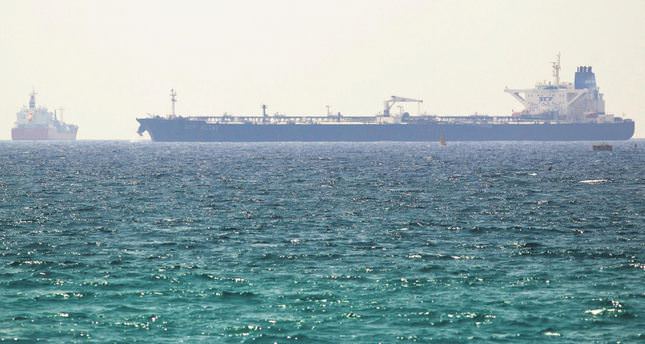 After months of anticipation, KRG oil is sold to international buyers made payments through Turkey's Halkbank. Proceeds will be shared between Irbil and Baghdad

Oil exported from the Kurdish Regional Government (KRG) via Ceyhan was sold to international buyers and payment of the revenue of the first batch of crude has been deposited at Halkbank, Turkey's Energy Minister Taner Yıldız announced yesterday.

The KRG administration has passed the critical stage of having international markets accept their oil, achieving a significant victory after a months-long effort to become an independent crude exporter.

Yıldız said on Monday that buyers of KRG oil deposited $93 million (TL 199 million) in Turkey's state-owned Halkbank. Minister Yıldız also added that income from the pipeline would continue to be invested in the bank as long as the KRG administration continued to supply the oil. According to sources, buyers of the Kurdish oil owed $97 million for slightly below 1 million barrels of crude oil with the price per barrel being well above $90.

Daily Sabah sought confirmation from KRG officials on the exact price of oil but Kurdish officials neither confirmed nor denied the price. Last week, the international news agency Bloomberg claimed that KRG officials lowered the price to $56 per barrel.

However, the KRG has denied the report that it was selling oil through its new pipeline to Turkey at half the world crude price. In recent days, the benchmark Brent Crude oil price was traded at about $115 a barrel. According to that figure, the first Kurdish crude was sold at about a 20 percent discount.

Industry sources who commented on the price said that a discount on a first sale is normal but future would rise in line with current world market prices.

KRG oil exports from the port of Ceyhan began on May 23 and so far almost 4 million barrels of crude oil have been loaded onto four tankers. The first tanker, United Leadership, which left the Turkish port in May, is parked off the coast of Morocco and the second one, United Emblem, transferred its cargo to the Liberia-flagged tanker SCF Altai where the tanker offloaded its cargo to Israeli port of Ashkelon. However, the Kurdish
Ministry of Natural Resources denies selling oil directly or indirectly to Israel.

In line with this statement Energy Minister Yıldız pointed out that oil could be sold to any country through the markets. "Shiploads may be dispatched to Israel or other routes. We do not deal with where the oil will be sent." he added. Yıldız also added that a third tanker has already sailed away from Ceyhan while a fourth tanker was continuing to load yesterday. The energy minister also said that the entire process was carried out transparently and that this amount will be shared between Baghdad and Irbil.

The minister further added that the receipts for the investment were sent to the Iraqi central government and the KRG administration was also being informed about the trade. It was also emphasized by sources from the Ministry of Energy that Turkey guarantees the revenue will be shared in the way which is dictated by Iraqi constitution. The central government and the Kurds differ over their interpretations of the Iraqi constitution's references relevant to the distribution of oil revenues. According to the Iraqi constitution, Kurds control only a 17 percent share of oil revenues, although Kurdish authorities frequently complain that they receive less than their rightful share.

However, according to some independent studies, the KRG has been receiving 10.5 percent instead of the 17 percent stipulated in the constitution. This has in turn affected the KRG's economy negatively and in recent months the Irbil administration had difficulties paying civil servants' salaries.

Whereas Turkish officials stated that amid the ISIS threat in Iraq, oil flow from the KRG region to Ceyhan has continued with 120,000 barrels of Kurdish oil flowing on a daily basis to Ceyhan via the pipeline, without interruption. Last December the KRG administration completed construction of the Taq Taq-Khurmala-Fish Khabur pipeline that connects the Taq Taq oil field to the entry point for the Kirkuk-Ceyhan pipeline.

Since then Kurdish oil exports have continued uninterrupted in a pipeline that is capable of sending a maximum of 300,000 barrels of oil per day to
Turkey.

The KRG's total production capacity is currently slightly more than 400,000 bpd and it plans to increase this amount to 1 million bpd in 2015 and 2 million bpd in 2019. The KRG controls an estimated 40 billion to 45 billion barrels of oil as well as 6 trillion to 7 trillion cubic feet of natural gas in reserves with an estimated combined worth of $5 trillion.

The Turkish government believes that accumulating Kurdish oil revenue in a Turkish bank would contribute to the country's potential to become a leading player in the world energy markets.
RELATED TOPICS