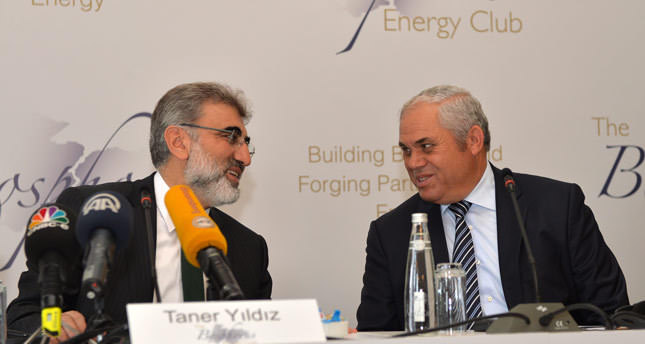 by AA Jun 28, 2014 12:00 am
Turkey is to sell an additional 4,000 tons of gasoline a day to Iraq in an attempt to ease shortages caused by fighting, Turkish Energy Minister Taner Yıldız said Friday. Fighters led by the Islamic State in Iraq and the Levant have seized large amounts of territory in Iraq since they captured the northern city of Mosul on June 10. They temporarily held the Baiji oil refinery, which is vital to the country's fuel needs. Disruption to oil production and distribution has seen long queues outside petrol stations across Iraq.

Yıldız told reporters that Turkey would transfer the additional oil via the Habur border crossing into the Kurdish autonomous area of northern Iraq, which must first be upgraded to take the extra traffic.

Turkey currently sells 9,000 tons of gasoline daily to Iraq, Yıldız said. Much of it originates in Iraq but due to problems with bureaucracy and infrastructure Iraq does not have the capacity to refine a sufficient amount of crude oil to satisfy its domestic needs. Speaking at the Bosphorus Energy Club in Istanbul, Yıldız emphasized that oil extracted from Kurdish territory belongs to Iraq. In November 2013, the KRG signed an agreement that would enable Kurdish oil to flow to the Turkish Mediterranean port of Ceyhan. In an argument over the control of oil revenues,

Baghdad has insisted on a halt to the trade and asked for international arbitration to settle the dispute. Founded last year, the Bosphorus Energy Club consists of private and public representatives from the U.S., Britain, Russia, Ukraine, Yemen, Afghanistan, the Turkish Republic of Northern Cyprus, Greece, Jordan and Kosovo. According to the American Energy Information Administration, Iraq holds the world's fifth-largest known oil reserves with 143 billion barrels.
RELATED TOPICS