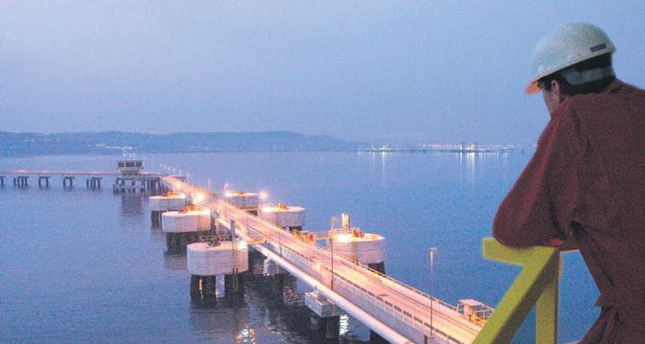 Iraqi Supreme Court has been asked by the gov't to rule against oil exports of KRG to Turkey, but the court decided unanimously to reject the request

Last month Iraq's central government announced that they filed legal action against Turkey and the operator of the pipeline in northern Iraq at the International Chamber of Commerce (ICC) in Paris for facilitating the sale of oil from the Kurdish Regional Government (KRG).

The central government's oil ministry said in a statement that Turkey violated the Turkey-Iraq pipeline agreement by exporting crude oil from northern Iraq without the central government's consent. The Iraqi ministry also asked the ICC to order Turkey to cease all unauthorized transport, storage and loading of crude oil," and award compensation for financial damages of more than $250 million (TL 521 million). Despite Baghdad's legal action, sales from the Turkish port of Ceyhan continued. Moreover Turkish and KRG officials stated that selling Kurdish oil is constitutional and that the Iraqi central government was aware of the process from the start.They also claimed that Baghdad has no legal basis for the law suit at ICC.

In the meantime the Iraqi Federal Oil Ministry submitted a formal request to the Federal Supreme Court in Baghdad, asking the court to rule against the KRG Ministry of Natural Resources and prevent it from exporting oil out of the KRG. Last Friday Iraq's Supreme Federal Court decided unanimously to reject the request of the minister "for being contrary to the applicable legal contexts in Iraq." KRG officials evaluated the court's decision as a clear victory and stated that with the court's decision, the KRG had gained important clarification of its acquired rights of exporting oil as stated in the constitution. However, the Iraqi ministry stated that the KRG's press release was incorrect and served to mislead public opinion, adding that they will sue the shipping companies, the dealers and the buyers whom are facilitating the export of Kurdish oil.

Whereas this rule may not be applicable "when the dispute has a hybrid nature - relating to norms of both international law and domestic law - as is common in investment and arbitration cases, the interpretation of the domestic law by the supreme court of the land should serve as the ultimate authority for the domestic law question under the principles of international comity and forum non convenience.

Legal experts drew attention to the duration of the lawsuit and accordingly the ICC stated that taking at least 18 months -to an amicable settlement is very common. Turkish officials claim that ICC's decision ICC will be in Turkey'sfavor. Şar shares similar sentiments while drawing attention to political risk "This case is destined to face no less challenges than the ones looming above its political future," he remarked.
RELATED TOPICS