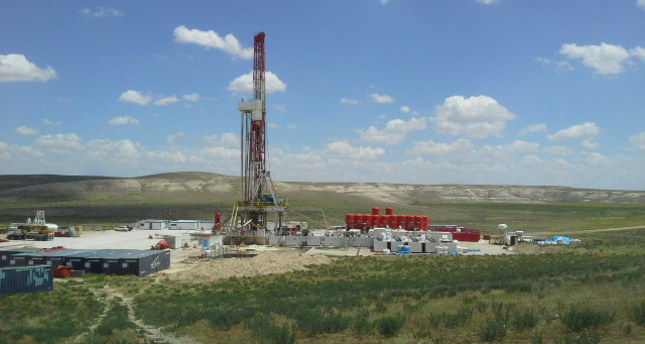 by Daily Sabah Jul 04, 2014 12:00 am
The World Bank's Board of Directors approved an additional $400 million funding for the Gas Sector Development Project of Turkey. According to the press release, the World Bank has supported the government's reforms and implementation project for the past 10 years since the project, originally worth $325 million, was approved in 2005. The additional funding will be used to finance the cost overrun in the Tuz Gölü gas storage facility and is a flexible loan with an 8 year grace period and 16 year repayment period.

The Country Director of the World Bank for Turkey, Martin Raiser stated that they were pleased to support the Turkish Government in increasing the gas storage capacity in Turkey and the construction of the first underground storage facility that can reply to gas demand quicker than other types of storage facilities.

Raise further noted that the natural gas consumption in Turkey has been increasing over the past 20 years and that natural gas accounts for one third of the energy supply in Turkey. "As household and industrial demand increases, the storage facility will ensure that the cost of natural gas remains stable across the seasons and provides better security and encourages the construction of more gas distribution networks," noted Raise.

The Gas Sector Development Project aims to increase the stability and security of gas supply and distribution networks in Turkey and to collaborate with the Petroleum Pipeline Corporation of Turkey in achieving a financially more stable and commercially managed corporation. The projects consists of two stages; the construction of the gas storage facility and network expansion.