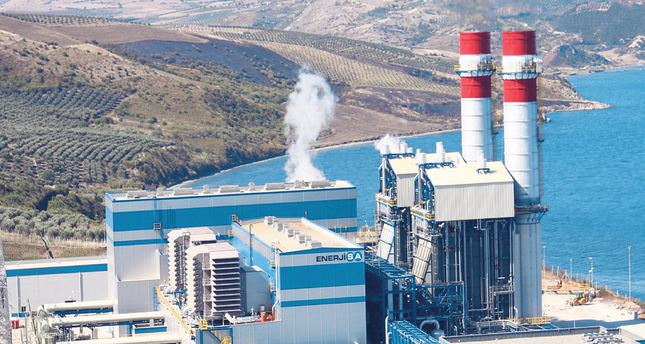 As electricity consumption rises, Turkey's private sector invest more in electricity generation plants while the share of public firms reduces in the sector

Energy and Natural Resources Minister Taner Yıldız announced on Friday that the number of power plants in Turkey exceeds 1,000, with the exact number of operational facilities reaching 1,002. He said, "A number of plants with a total of 2,625 megawatts of capacity have been commissioned in the first six months of 2014. The investment made in these plants equals about TL 7 billion. Thanks to Turkey's liberalized energy sector, 65 percent of the electricity generation facilities are run by the private sector."

In his written statement, Yıldız noted that energy market investments, which are key to Turkey's growing economy, are progressing as planned and that the total operational energy power of Turkey, which was 60,121 megawatts at the end of 2013 has increased to 66,632.5 megawatts - an 11 percent increase.

The number of power plants also increased by 20.4 percent when compared to the end of 2013 due to 172 new plant commissions since June 2013.
Yıldız further noted that the investments planned are now being realized. He said, "In the first six months of 2014, power plants worth TL 7 million were commissioned, and electricity production and consumption have surpassed last year's figures. Electricity production has increased by 4.3 percent and consumption by 3.8 percent in the first six months of 2014. The increase in consumption is slowing due to energy-saving measures taken in both households and industrial facilities." Another pleasing improvement was the addition of solar energy to the electricity production portfolio, announced Yıldız. He said until now, solar energy plants with a capacity of 13.5 megawatts have been commissioned.

A total of 172 power plants have come on stream in Turkey since June 2013, according to a statement from the energy ministry released Friday.
Turkey's total installed electricity capacity reached 66,632 megawatts, increasing the electricity output by 11 percent in the first half of 2014 compared with the same period of last year, the statement said. In the first half of 2014, Turkey invested US$3.5 billion in the building of the plants and added 2,625 megawatts to it's total capacity, said Taner Yildiz, Turkey's Energy Minister.

As of the end of last year, electricity produced in Turkey equaled 239.4 billion kilowatt hours; 80.1 billion of it was produced by EÜAŞ, while the private sector produced about 159.3 billion.

The operational power of the private sector has increased by 24.6 percent to 40.200 MW with privatizations and newly established power plants. On the other hand, EÜAŞ saw a decline of 4 percent, with operational power dropping to 23,800 MW. In 2013, 46 more power plants were privatized. While EÜAŞ has been the biggest producer since 2012 with a market share of 59.76 percent, this dropped to 38 percent in 2012, according to the report. The report further showed that Turkey has one of the fastest liberalizing energy markets in Europe.

The lowest consumption of the year was on March 30, when usage was 561,000-megawatt hours. Turkey is ranked first in Europe and second in the world after China in terms of electricity demand increase, according to Turkey's Energy Ministry.

The ministry estimates that Turkey would double its demand for electricity by 2023, with 500 million- megawatt hours. Turkey consumed 245 millionmegawatt hours in 2013.
Last Update: Jul 05, 2014 4:18 am
RELATED TOPICS