ISIS using oil to create its own state, say experts 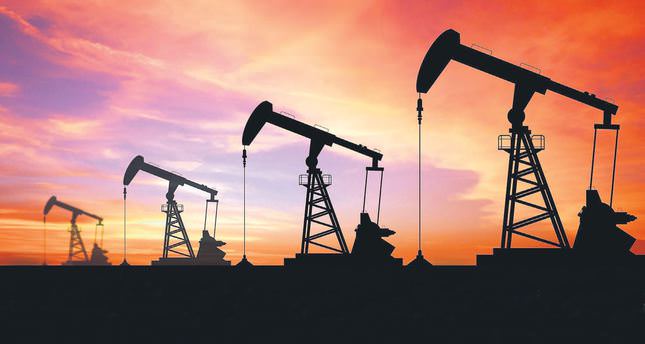 Benefiting from the power vacuum, ISIS has started selling crude oil that it extracts from the land it controls in Syria and Iraq to smugglers in order to create a treasury for its self-declared state

Sunni Muslim fighters led by the Islamic State in Iraq and the al-Sham (ISIS) are seizing oil fields and pipelines in order to pay for the creation of their own state in Iraq, experts have said. Having taken the Raqqa oil fields in the north of Syria last November, ISIS militants have continued to seize large amounts of territory in Iraq since June 10 when they captured the northern city of Mosul, including the largest oil refinery, Baiji, which is said to hold about 17 percent of Iraq's entire oil reserves. They also seized Syria's largest oil field, al-Omar, on July 3. The group's focus on oil resources and infrastructure is no coincidence, experts believe.

Erdal Tanas Karagöl, economy director at the Ankara-based non-profit SETA Foundation for Political, Economic and Social Research, said that although the reason behind ISIS's emergence appears to be a Sunni-Shia conflict, the current state of relations among the Iraqi central government, Kurdish autonomous administration and ISIL show clearly that oil is the goal behind its activities.

Although Iraq's largest oil fields are in its southern part where ISIL has not yet reached, he said it controls the areas where extracted oil is transferred to pipelines. "If we suppose that Iraq will be divided into three among the Kurdish region, Shia-dominated central government and ISIS-led Sunni state, all three will face battles to own more energy sources in the future," he said, adding that ISIS's steady march towards the south proves that it is seeking to play a greater role in energy affairs. And ISIS's energy ambitions will indirectly drag Turkey into such conflicts inside Iraq, Karagol said. "Turkey exports oil via the Kurdish region and via the Kirkuk-Ceyhan pipeline, which has been out of service because of ISIS attacks for few months. ISIS's presence will further jeopardize Turkey's oil transfers," he said.

Dr. Fahrettin Sümer, from the American University of Iraq based in the Kurdish city of Sulaimaniyah, said it seems that ISIS is moving towards establishing a system with state-like functions in the territories that they control.

He said that in order to fulfill such functions the militants need revenues, and oil and gas in Iraq are the easiest source. ISIS will try to take control of as many more oil fields as possible before they are stopped, he added.

Ali Semin, from the Istanbul-based thinktank BILGESAM, said ISIS was following the same strategy not only in Iraq, but in Syria too. Semin said: "Ninety percent of revenues in Iraq come from oil exports. "In order to establish a state, one has to first secure an economic pillar for it," he said, pointing out that Iraq and Syria's economies rested on energy exports. Tugce Varol Sevim, an associate professor at Istanbul's Uskudar University, agreed saying ISIS had people who were specialists in understanding Iraq and Syria's energy sources who also had topographic maps of the region. "Without such maps, ordinary people cannot know where these fields are located, out in the middle of deserts," she said.

A natural gas pipeline project between Iran, Iraq and Syria has also been halted by the ISIS, which indicated the value of ISIS's specialists. ISIS had moved into Mosul because it had failed to hold oil fields in Syria due to the presence of Russian companies, she said, pointing out that Iraqi oil fields were easier targets.

Damascus had signed a major oil and gas deal with the Russian company Soyuzneftegaz in December 2013, to enable offshore drilling, development and production to take place in Syria's territorial waters for the first time.

In 2011, before the civil war started, a $10 billion deal was clinched between Iran, Iraq and Syria for a natural gas pipeline to be built by 2016 from Iran's giant South Pars field, traversing Iraq and Syria, with a possible extension to Lebanon. In Syria, ISIL currently holds an oil region close to Aleppo, as well as Raqqa and Deir al-Zor. In Iraq, it also holds the al Omar oil field, which has a capacity of 75,000 barrels of oil per day. ISIS is rumored to produce oil in Raqqa and sell most of it to Bashar al Assad's regime. In Iraq, ISIS holds most of Iraq's Sunni areas including Fallujah, Ramadi, Tikrit, Talafar and the country's second-largest city, Mosul. ISIS also stands to gain millions of US dollars in revenue if the refinery it holds in Baiji goes on line.

According to an article published on www.iraqoilreport.com written by Mohammed Hussein, Christine Van Den Toorn, Patrick Osgood and Ben Lando, since invading huge swaths of northern and central Iraq, ISIS has been smuggling increasing amounts of crude scavenged from Iraq's stricken oil infrastructure to buyers in the Kurdistan region, earning the extremist group an estimated $1 million per day.

According to allegations published on the local media, ISIS sells crude oil extracted from Hemrin Mountains to smugglers which is refined in Kurdish region and sold to blackmarket.

Speaking to Anadolu Agency on the matter, Şelal Abdul, governor of Tuz Khormato, a province in Iraq of which population mostly consisted of Turkmen, noted that ISIS sells the crude oil to provide fund to spend on getting more weapons.
RELATED TOPICS