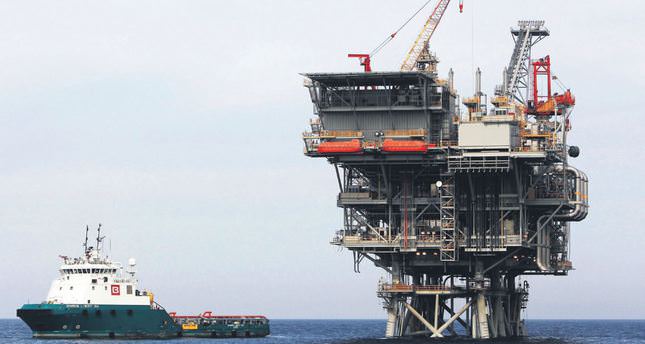 Local and regional tensions have made Turkey the partner of choice for Israeli natural gas exports, however violence in the Gaza Strip by Israel has called this in to question, energy experts say

Turkey's growing commercial ties with Israel will be harmed by continued Israel assault on the Gaza Strip, experts believe, putting the much-anticipated deal to build a pipeline between the two countries to export Israeli natural gas in jeopardy.

Turkey is considered by many economists as the most reliable route for Israel to export its natural gas, however the recent Israeli military operation in Gaza has created a further backsliding in Turkish-Israeli rapprochement, while some analysts think that energy projects between Israel and Turkey may lead Israel to act in a more rational way in the region. With Israel now locked into more violence with the Palestinians and subject to wider problems given such regional conflicts like the Syrian civil war and Iraq's latest upsurge in violence, Tel Aviv is now looking for a stable partner for energy exports. The recently discovered Leviathan gas field off the coast of Israel is a major find in a region which holds nearly 620 billion cubic meters of gas.

However, compensation talks with Israel for the families of Turkish victims of the Israeli raid on a Gaza aid flotilla in 2010 were continuing but the recent Gaza operation has now increased obstacles to improving Turkish-Israeli relations. David Koranyi, acting director of Dinu Patriciu Eurasia Center - part of the U.S. Atlantic Council think tank - told Anadolu Agency that all of Israel's options to export its natural gas to international markets suffer from one or more major flaws, either politically or commercially."It is important to understand that nothing has been decided yet," Koranyi said, adding that, "The only thing that seems fairly certain is export of somewhat larger quantities of gas to Jordan, which desperately needs to reduce its prohibitive energy bill."Noble and Delek, the two energy companies with operating rights in Leviathan, said in late June that they signed a preliminary agreement with British oil and gas company BG to export 7 billion cubic meters of gas to BG's facility in Egypt for 15 years.Commenting on the deal, Koranyi said although the agreement between Israel and BG made a lot of commercial sense - it was "tentative."

Underlining that such a deal is fraught by political challenges, Koranyi said any new arrangement for purchasing Israeli gas would encounter domestic opposition and also face security challenges in the Sinai region if the existing Port Said El Arish pipeline is used. Koranyi said a pipeline to Turkey via the Cypriot exclusive economic zone (EEZ) or Cyprus itself is another option for Israel; however, this is unlikely without resolving the Cyprus dispute first. The Cyprus peace talks, which stalled in January 2012, resumed in February with the distribution of the Aphrodite gas field being among the negotiations' most important topics. "Thus, the Turkish option seems quite difficult these days, unless the parties somehow manage to reach an agreement in a triangle format (Israeli, Greek and Turkish Cypriot and Turkish)," Koranyi said.

Anastasios Giamouridis, a senior energy consultant at Pöyry Consulting, said developing a liquefied natural gas, LNG, facility in Israel was difficult because of land constraints. "Other LNG options are to take the gas to Egypt and liquefy it in Egypt, or to take it to Cyprus and liquefy it in Cyprus. The final option is in Israeli offshores, a floating LNG unit," Giamouridis said. Underlining that the Turkish energy market was much more substantial then the regional markets, Giamouridis added that: "An offshore pipeline from Israel to Turkey would have a minimum amount of risks, as there will be nobody threatening to blow up the pipelines like the one in Egypt."

The Sinai pipelines - which had previously been used by Egypt to export natural gas to Israel - faced more than a dozen bomb attacks since the removal of long-serving president Hosni Mubarak in 2011. Emphasizing that if private companies were to buy the Israeli gas rather than Turkey's Petroleum Pipeline Cooperation at a price similar or lower to regulated gas prices in the domestic Turkish market, Giamouridis said the margins for the seller could be "problematic."

Commenting on the issue, energy expert and economist Dr. Cemil Ertem said Turkey is the most rational route for commercializing Israeli natural gas. "The issue is not only marketing Israeli gas. We need to evaluate the east Mediterranean energy balance through a broader view. Israeli gas can only be part of a greater southern natural gas corridor through which Cypriot and Egyptian natural gas will also flow to Europe and Turkey," Ertem told. He also noted that to provide stability in natural gas flow, Israel will have to act more rationally in the region. "Natural gas projects can be considered as tools for forcing Israel to 'get in line'," Ertem concluded.

Speaking about the issue, energy expert at Hazar Energy Institute İbrahim Palaz told Daily Sabah that there is natural gas in the maritime of Gaza and this gas is supposed to be commercialized and serve as a measure for peace. "My wish is that Israel stops attacks on Palestine. At the point where we stand now, any alternative except Turkey cannot convert gas from Israel into money. Both Israel and the West are aware of that. Turkey should play its role at this point. Turkey, now, is the only one criticizing Israeli policies towards Palestinians; however, in my opinion Turkey must create an inter-dependent situation with Israel.

This is the only way for Turkey to affect Israel's regional policies," Palaz remarked. He added that in case of the existence of an inter-dependent situation, Middle Eastern countries are going to take each other's attitudes into consideration. "There shouldn't be any slowdown in projects with Isreal," Palaz concluded.

The Turkish energy holding firm Turcas Petrol has announced in May that they are considering building a pipeline for natural gas in Israel's Leviathan field. Turcas informed Istanbul based stock-exchange BİST in April that they were in talks with Istanbul-based Enerjisa, which is owned by Turkey's Sabanci Holding and German utility E.ON, to buy the gas from the Israeli field. Turcas CEO Batu Aksoy announced that Turcas and E.ON unit Enerjisa may grow their alliance to buy Israeli gas and the company may consider building a pipeline for gas from the Leviathan field. Aksoy said the pipeline may cost about $2b and could supply 7-10bcm of gas annually to Turkey via a 500km undersea route.
Last Update: Jul 17, 2014 12:00 pm
RELATED TOPICS