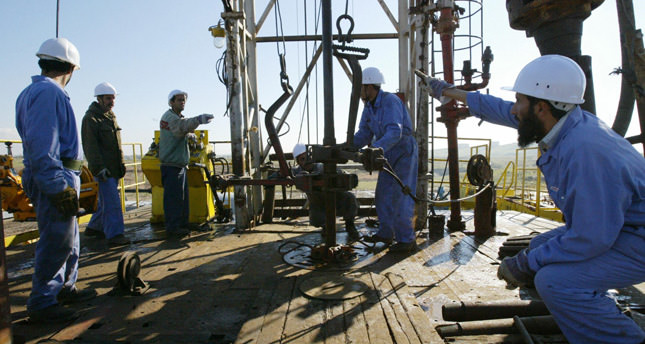 by AA Jul 23, 2014 12:00 am
Kurdistan Regional Government Finance Minister Rebaz Muhammet said, in response to cuts in central government money transfers, the administration would not be sharing any of the proceeds from its recent oil sales with Baghdad.

The Minister of Finance of the Kurdistan Regional Government (KRG), Rebaz Muhammet announced that they will include the earnings from oil exports through Turkey in their budget.

Speaking to Anadolu Agency (AA), Muhammet said that the central Baghdad government had been making cuts to the Kurdish region's budget for the last seven months and in order to close this deficit, the 17 percent profit from the oil sold will be increased to 100 percent. "We are also planning to cover the war compensation to Kuwait from these earnings and we informed the Iraqi government," Muhammet said. Muhammet also announced that 1.4 million people receive wages from the Kurdish government within the Kurdistan region. "In order to cover these wages, we need $1 billion [TL 2.1 billion] however, the Iraqi government is not paying our portion," Muhammet said. Noting that in order to overcome the economic crisis they are in they have to increase oil exports, Muhammet added, "Whether problems between Irbil and Bagdad are resolved or not, we are planning on increasing daily oil exports to 1 million barrels.

If such numbers can be achieved in our region, the crisis will be resolved." He further noted that they have not requested any loans from any countries to overcome the crisis they are in.
RELATED TOPICS