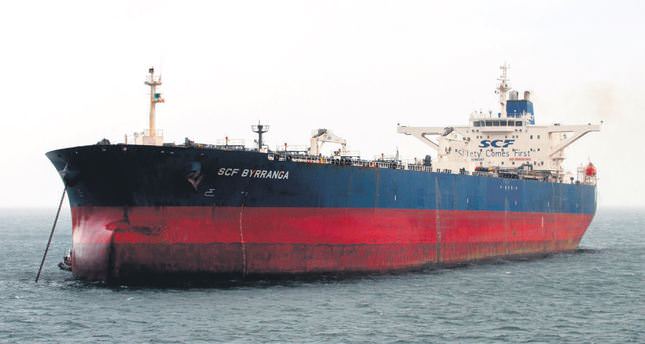 Despite Baghdad and Washington's pressure and the political uncertainty in Iraq, KRG oil exports via the Turkish port of Ceyhan are continuing, with the acceptance of KRG oil by international markets expected soon

The oil from the Kurdistan Regional Government continues to be loaded onto tankers at the Turkish port of Ceyhan despite serious pressure from Baghdad and the U.S. Since May 23, 5 million barrels of oil have been exported.

The Greek flagged crude oil tanker Kamari loaded with one million barrels of Kurdish Regional Government (KRG) oil departed from the Turkish port of Ceyhan on Thursday night and was heading toward the Suez Canal as of late Friday. The Kamari holds the fifth load of crude oil from Iraqi Kurdistan since KRG oil exports from Ceyhan started on May 23. So far about five million barrels of KRG oil has been exported by five tankers, despite Baghdad and Washington's international pressure, while oil sources stated that two more tankers are scheduled to arrive in Ceyhan to load more KRG oil.

In the meantime, the previous tankers have been anchored in international waters for weeks due to a legal dispute between Baghdad and Irbil. The United Leadership has been stationed off the Moroccon coast for almost two months and the United Kalavrvta has been stranded in international waters off the U.S. coast since last weekend, spurring a U.S. court to say on Wednesday that it was unable to seize the cargo due to the lack of jurisdiction. The United Emblem tanker has also been stationed of the coast of Singapore and reportedly offloaded a part of its cargo on Thursday onto another ship that made off with the crude in an unknown direction.

While Baghdad and Washington continue to oppose the sale of KRG oil to international markets via Ceyhan, Kurdish oil has found buyers. However, due to international pressure most of the buyers of Kurdish oil remain anonymous. Energy analysts believe that the KRG has managed to pass an important stage in the acceptance of its oil by international markets and a full acceptance by international markets is expected soon. Because of the recent KRG oil exports via Ceyhan Turkish officials expect that the oil flow is expected to restart in coming days. Turkish officials announced last week that the Ceyhan oil port had reached its storage capacity and the flow of Kurdish oil to it had stopped. But officials said that oil shipments to the energy hub will restart in the coming days after the oil tankers in Ceyhan are loaded.

Baghdad filed a lawsuit against Ankara after Kurdish oil was sold and transported through Turkey. The selling of the oil bypasses Iraq's national State Oil Marketing Company (SOMO) and violates the country's constitution, Baghdad claims. The regional Kurdish government, however, says that Baghdad cut their share of the revenues from the national budget and that they are determined to export oil via Turkey in order to compensate for the loss, claiming that to do so is an unequivocal constitutional right and in line with 2007 Iraq oil law.

Regarding Baghdad's lawsuit, Turkey's Energy Minister Taner Yıldız stated earlier that Turkey's moves are in accordance with multilateral and international agreements. Yıldız also stated that there is no sale and purchase agreement between Iraq and Turkey but there are agreements signed with private firms and the SOMO. Yıldız said Turkey does not differentiate between the north and south of Iraq and added that amendments and other protocols were issued on Sept. 19, 2010. "The amendment agreement in 2010 and the 1973 Crude Oil Pipeline Agreement do not differentiate between the north and south of Iraq. Whether it is coming from the north or the south, any crude oil received from the pipeline is considered Iraqi petrol. Our energy relation with Iraq is carried out according to international law," he added.

Last December the KRG administration completed construction of the Taq Taq-Khurmala- Fish Khabur pipeline that connects the Taq Taq oil field to the entry point for the Kirkuk-Ceyhan pipeline. The KRG currently has the capacity to export approximately 120,000 barrels of crude oil to Ceyhan and KRG officials recently stated that they will increase oil exports to Turkey from 120,000 barrels per day to 400,000 by year's end.
Last Update: Aug 02, 2014 12:18 pm
RELATED TOPICS