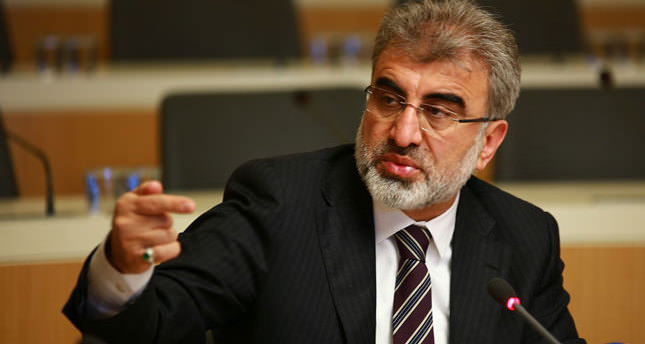 by AA Aug 05, 2014 12:00 am
Turkey will not co-operate with Israel on energy policy while it is attacking Gaza, Energy Minister Taner Yıldız has said. Speaking at a press conference in Ankara on Monday, Yıldız said any proposal for a natural gas pipeline between Israel and Europe, via Turkey, could not go ahead for political reasons.

He said: "An energy project's economic feasibility is also as important as its political feasibility and now, if we build a natural gas pipeline between Israel and Turkey, innocent children's blood would flow from this pipeline." Yıldız added: "Now there is an unjust situation in Gaza but if the attacks stop, Turkey could discuss energy [with Israel]."

Turkey's diplomatic relations with Israel were reduced following the 2010 Israeli attack on a Turkish aid flotilla to Gaza in which ten activists were killed.