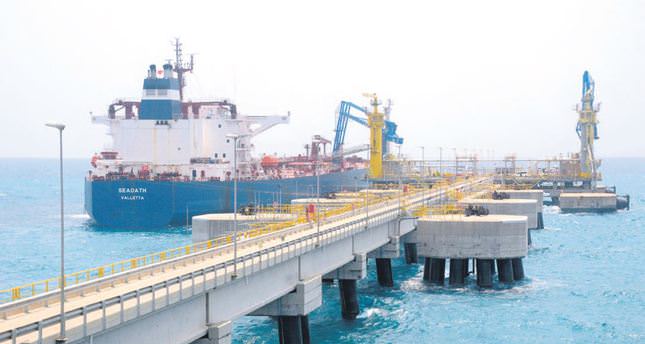 Oil flowing through the Kurdistan Regional Government pipeline to the port of Ceyhan resumed yesterday with a volume of 75,000 barrels, according to officials from the state-owned pipeline operator BOTAS

In the meantime KRG officials managed to sell two tankers out of six and approximately two million barrels of crude oil were delivered to international buyers despite international pressure. In June, Liberia flagged the SCF Altai tanker loaded with 1 million barrels of KRG crude which sold its cargo to unknown buyers. Moreover, the Greek flagged United Emblem tanker reportedly offloaded its cargo in recent days onto another ship that made off with the crude in an unknown direction. As opposed to other tankers The United Leadership has been stationed off the Moroccan coast for almost two months and the United Kalavrvta has been stranded in international waters off the U.S. coast since last weekend, spurring a U.S. court to say on Wednesday that it was unable to seize the cargo due to a lack of jurisdiction.

Beside these developments the KRG Ministry of Natural Resources stated on Monday that they had called on the United States court to lift the seizure order on the United Kalavrvta anchored off the coast of Texas. "The KRG filed a motion in a Texas court to lift an order against a cargo of crude oil legally produced, exported, and sold by the KRG in accordance with the Iraqi constitution and law," the KRG Ministry also said in a published statement.

Meanwhile, CEO of Genel Energy Tony Hayward, which is one of the main oil producers in KRG's Taq Taq oil field, stated on Tuesday that operational momentum in the KRG region was increasing, with the opening of the Taq Taq-Khurmala-Fish Khabur pipeline that connects the Taq Taq oil field to the entry point of the Kirkuk-Ceyhan pipeline resulting in a significant rise in the company's production. "Whilst we continue to monitor the situation closely, our operations in Kurdistan have been unaffected by events elsewhere in Iraq. The KRG has successfully sold oil exported through Ceyhan at international prices, and we expect our production to increase further in the second half of the year as sales become regular and payments predictable," Hayward also added.
Last Update: Aug 06, 2014 1:24 am
RELATED TOPICS