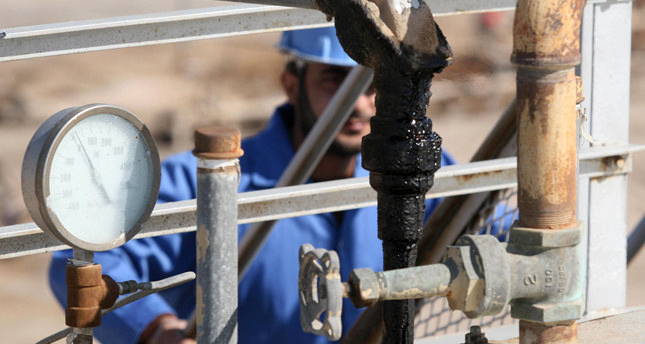 The Kurdistan Regional Government's (KRG) oil pipeline via Turkey is operating normally and pumping 120,000 barrels per day (bpd) of crude oil despite an advance by Islamic State of Iraq and al-Sham (ISIS) militants into northern Iraq, sources told Reuters on Friday. "The crude flow is uninterrupted," one industry source said. "Some fields such as Taq Taq are actually producing at their highest level." ISIS militants extended their gains on Thursday, seizing more towns and strengthening their presence near Iraqi Kurdistan in an offensive that has alarmed Baghdad and neighbors. Until this week, most of the region had been protected by the KRG's armed forces, the peshmerga.

Hundreds of thousands of Iraqis fleeing the militants, including Christians and Yazidis, have taken refuge in the Kurdish area. The KRG's independent oil pipeline came online last December and connects with the Baghdad-controlled federal Kirkuk-Ceyhan oil pipeline on the Turkish side of the border, carrying Kurdish crude to the Mediterranean port of Ceyhan. The federal Kirkuk-Ceyhan pipeline carrying Kirkuk oil to Ceyhan has been down after consecutive attacks.

KRG shipped its first independent oil exports via Ceyhan to world markets in May, but has met strong objections from Baghdad and efforts to block its shipments as the central government sees itself as the sole authority on Iraqi oil. The latest tanker carrying 260,000 barrels of Kurdish oil left Ceyhan port on Sunday. Reuters photographs showed what appeared to be ISIS fighters controlling a checkpoint at the border area of the Kurdish semi-autonomous region, little over 30 minutes' drive from Arbil, a city of 1.5 million that is headquarters of the KRG.