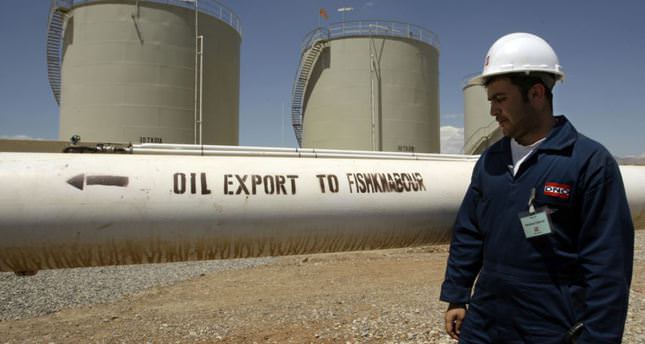 by Daily Sabah Aug 13, 2014 12:00 am
Kurdistan Regional Government's (KRG) last ship carrying oil in an attempt to reach world markets couldn't deliver its load when the customer in the U.S. decided not to buy, citing the disagreement between Irbil and Baghdad.

The U.S. opposes the sale of Northern Iraq oil claiming that Iraq's central government doesn't approve. After the United Kalavrvta, a crude oil tanker sitting 60 miles off the coast of Texas, another tanker carrying oil brought from Northern Iraq to Turkey overland had to drop anchor off the U.S. shoreline.

The tanker carrying 300,000 barrels of oil, which was drilled in the Sinjar district, was expected to arrive at Paulsboro port on Aug. 11 however, it dropped anchor in the Atlantic Ocean. Axeon Company, which is located in Texas and producing an array of petroleum-related products, was going to buy the oil to process in a refinery in New Jersey but it announced on its website that it had decided not to buy it on the grounds that it is "controversial," according to a press release received on Monday.

Several cargoes of the oil have recently reached U.S. soil and Iraq's central government has moved to block independent exports of crude from KRG.

Earlier this month, refiner Lyondell-Basell, confirmed it recently purchased "modest quantities" of what public records show is Kurdish Shaikan crude and said it would scrap further purchases of the disputed oil for the time being.