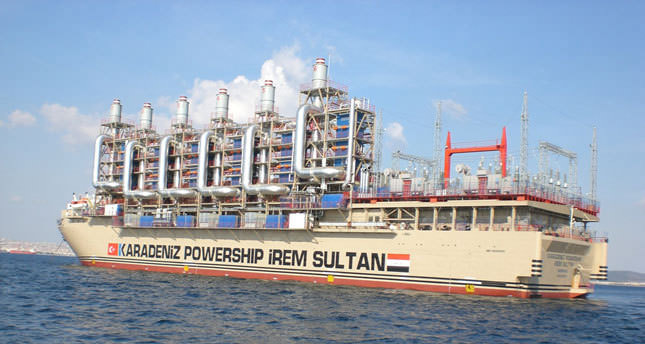 Turkey's Minister of Energy and Natural Resources Taner Yıldız held talks with his Palestinian counterpart Dr. Omer Kıttaneh at the ministry over the energy issues in the Gaza Strip and Palestine. During the press statement that followed the bilateral talks, Yıldız said that Turkey understands the similarities between the eight countries including Egypt, Libya, Palestine Iraq, Syria and Lebanon ,but stressed that a different situation is taking place in Gaza. He stated, "We discussed what Turkey could do for Gaza and Palestine in the field of energy and how an international ground would be provided to achieve this."

Mentioning that 2,000 Palestinians were killed and some 10,000 were injured due to Israeli attacks, Yıldız noted that the energy system has completely collapsed in Gaza as power plants and transmission lines were also destroyed by Israel. "We will send a ship that generates 100 megawatts of electricity to Gaza offshore in about two to three months. The ship will be taken to Gaza by a private company and will anchor in a fishing port after we obtain legal permission. This is the quickest solution at the moment. Israel hit 10 energy plants in Gaza, which means a total loss of 120 megawatts of energy for Gaza City. The energy plants in Gaza cannot operate now. This means that Israel will have to suspend the blockade and energy embargo on the Gaza strip to allow power to be delivered to the city," he added.

Yıldız also stated that the Palestinians have access to electricity supply only four hours a day and continued, "There are old and sick people, thus we need to meet the electricity requirement of hospitals and schools soon. I believe Israel's attitude toward energy shortage in Gaza will be different than its current position since having access to energy is a humanitarian issue."

He suggested that Palestine should benefit from its own gas fields for a permanent solution to its energy problems and added, "Henceforth, Turkey will take part in any energy bid announced by the Palestine state. Turkish firms will be in Palestinian gas fields like any other international outlet." "In addition to floating power-generating plants in the short run, Turkey will introduce transmission lines, master plan, technical equipment, conductors and transformers, and engineering studies in Palestine in the medium and long run. The removal of the blockade by Israel is of vital importance for the delivery of these," Yıldız concluded.

Omar Kittaneh thanked the Turkish government and people as they sided with Palestinian fellows. Kittaneh said the Israeli attacks targeted all humanity and stressed that Israel indiscriminately killed women and children as well as destroying mosques, hospitals and the overall infrastructure of Gaza city. Stating that they witnessed unimaginable destruction and atrocities even during the cease-fire, Kittaneh added, "We visit tens of thousands of injured people at hospitals every day. Last week, there was an eightyear- old child at a hospital in Jerusalem. When he regained consciousness after a severe case of narcosis, he realized that he lost both of his legs. Nobody could convince him to speak. When he felt better, he asked for a pen and paper. He drew the picture of children who were killed by the Israeli war crafts. People should acknowledge that a generation is lost. Tens of thousands of homes were torn down as if shaken by a strong earthquake. The energy infrastructure was totally devastated."

Kittaneh further said that he met with Turkish energy firms on Monday and he is very pleased by the results. He concluded by saying that they will deliver their plans for the energy sector in Palestine to Turkish authorities within a few day and they expect further support from Turkey to initiate talks with Israel for the reconstruction of Gaza.

According to wire services Turkish shipbuilder Karadeniz Holding plans to send an electricity generating vessel to Gaza to provide urgently needed power in the enclave left reeling by an Israeli bombing campaign that began last month. Karadeniz announced its intentions on Tuesday, shortly after Turkish Energy Minister Taner Yildiz said that a power ship - a floating power station - would be sent as soon as Gaza's port facilities had been upgraded.
Last Update: Aug 20, 2014 1:51 am
RELATED TOPICS