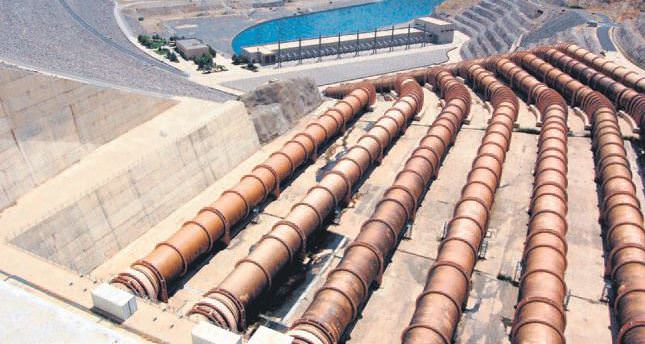 by Daily Sabah Aug 22, 2014 12:00 am
The Japanese International Cooperation Agency (JICA) recently visited Turkey to talk about possible future investments in Southeastern Anatolia. The JICA committee met with the Southeastern Anatolia Project's (GAP) Regional Development Executive head Sadrettin Karahocagil recently. In the meeting, the two parties discussed the possibility of joint projects in the future as well as activities under their control that can be coordinated by both parties. Moreover, JICA and the GAP Regional Development Administration agreed on building a project which will attract Japanese investors to the region.

Karahocagil said that the GAP region has developed "remarkably" recently after their continuous development efforts in the region and that they have strongly represented the development that the GAP has seen in recent years in various platforms, both at home and abroad. He added, "it is no surprise to us that we attract foreign investors to the region." The GAP Administration said that the proposal is ready to be signed by the Ministry of Development, before it is sent on to JICA.

Karahocagil believes that the GAP region is "extremely suitable" for Japanese firms because the it is close to the Middle East, North African and European markets. However, Karahocagil indicated that "they are specifically seeking Japanese firms that use high-tech tools in their production" after mentioning that they will continue to improve their cooperation with Japanese firms who can contribute to the employment creation process in the region.

The Southeastern Anatolia Project is a regional development project which covers the southeastern region of Turkey including the nine cities -
Adıyaman, Batman, Diyarbakır, Gaziantep, Kilis, Siirt, Şanlıurfa, Mardin and Şırnak - that are located between the two rivers, Euphrates and Tigris, otherwise called upper Mesopotamia. The GAP project aims to apply sustainable development in the region through enhancing activities, agriculture, hydroelectric production, rural and urban infrastructure, and health and education.