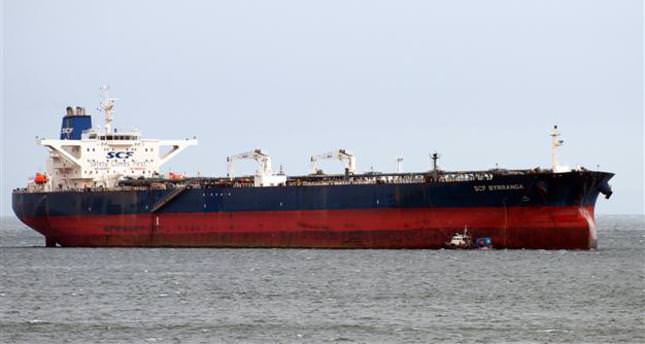 by Aug 28, 2014 12:00 am
A tanker loaded with $100 million of Kurdish crude oil, which was transferred via Turkey's Mediterranean port of Ceyhan, cannot be delivered to Texas soon because of the risks buyers will face as the Iraqi central government mulls further legal action. A month-long standoff will drag on, a source close to the matter said on Tuesday. A U.S. court on Monday threw out an order to seize some 1 million barrels of disputed Iraqi Kurdish crude oil from a tanker, a move that could allow the cargo to be delivered to Texas and end a near-month-long impasse.

However, the court did not settle the broader dispute between Iraq and the Kurdish Regional Government (KRG) over who has the sole right to export the crude oil, a feud Washington has struggled to mediate as it backs a unified Iraq that can resist extremist groups.

Buyers of Kurdish crude could face lawsuits from Baghdad if the oil moves close to U.S. soil and would also require the seller to provide costly indemnities against potential lawsuits, the source added. "I think we're going to be in a bit of a standoff for a while," the source said. "Right now they don't really have a way to get the oil onshore." Despite the court's ruling, cargo handling companies and a would-be buyer balked at bringing the oil ashore on Tuesday.

U.S. refiner LyondellBasell, when asked if it would receive the cargo as planned at its Houston plant, reiterated that: "(We) will not accept delivery of any of the affected crude until the matter is appropriately resolved."

Earlier this year, the company received Kurdish crude cargoes. In another sign of possible delays, not one cargo handling company stepped forward to say it would transfer oil from the United Kalavrvta tanker to smaller ships that can fit into the port of Galveston, the U.S. Coast Guard said. Axeon Specialty Products earlier this month refused delivery of Kurdish crude at its Paulsboro, New Jersey, refinery.

Baghdad and the KRG have been locked in litigation, both in the United States and Iraq, over who can sell the crude. More legal action is likely after the U.S. judge on Monday said Iraq could amend its complaint, a move Iraq is mulling. The Kurds have claimed the right to sell oil under Iraq's constitution, while Baghdad says it must manage all crude sales. The Kurds say control over natural resources is crucial for their dreams of independence and because Baghdad has responded weakly to militants who have overrun parts of the country. Washington has refused to intervene in commercial sales, saying the oil belongs to all Iraqis, while warning companies about the legal risks of dealing directly with Kurdistan.
Despite marketing and legal tangles, Kurdish authorities have continued trying to get their crude to market and loaded additional tankers at the Turkish port of Ceyhan.

One tanker, the United Dynamic, is headed to Ceyhan now. Reuters ship tracking data shows the 1 million barrel Suezmax tanker - managed by the same firm as three other Kurdish tankers - would arrive there on Wednesday.

The United Emblem tanker, which has also delivered Kurdish crude, was moored just outside Ceyhan having returned from a delivery in Asia.
So far the Kurds have delivered at least four major cargoes of crude oil carried to Ceyhan on its new pipeline. Several others have been blocked from delivering. The United Leadership, the first vessel of Kurdish crude to sail from Ceyhan, has been moored off Morocco with a full cargo for more than two months. The tanker that was turned back in New Jersey, the Minerva Joy, is now headed to Cyprus, an important trading hub.