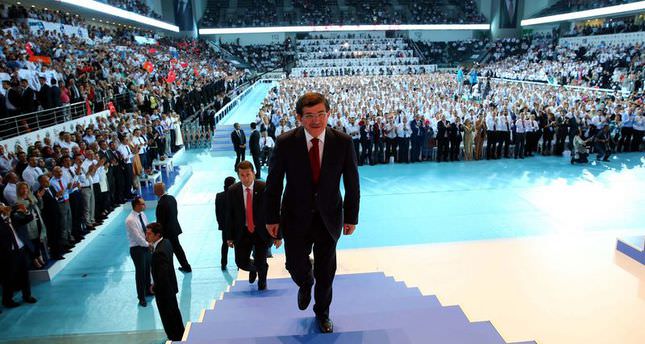 by AA Aug 30, 2014 12:00 am
Turkey's new prime minister laid the ground for numerous international energy projects through his active energy diplomacy during his term in the Foreign Ministry, an Ankara-based expert said Friday.

And now that Ahmet Davutoğlu has become prime minister, existing projects will likely accelerate and new ones will be developed, said Erdal Tanas Karagol from SETA, a think tank based in Ankara. Davutoğlu, who became foreign minister in 2009, was named the country's new prime minister on Wednesday. Karagol pointed to the Trans-Anadolu Pipeline project, the Trans-Adriatic Pipeline project, as well as Turkey's involvement in the east Mediterranean natural gas projects and in selling Kurdish oil to international markets. They were all, he said, the result of Davutoğlu's proactive diplomacy.

The Trans-Anadolu Pipeline will carry about 16 billion cubic meters of gas per year to Europe via the Trans-Adriatic Pipeline. This capacity is expected to double by 2026. To achieve this, gas from Turkmenistan, Iraq and Iran will also be included, Karagol said. The Trans-Anadolu Pipeline has been the focus of recent discussions about Europe decreasing its dependency on Russian gas. In addition, Northern Iraq began oil shipments from Turkey's southern Ceyhan Port to international markets in May and Turkish firms are involved in talks to bring Israeli and Cypriot natural gas into Turkey, and from there on to Europe.

Karagol said Turkey has become a regional energy actor taking advantage, during Davutoğlu's term at the Foreign Ministry, of its position linking Europe and Asia, as well as energy transit lines. He said Turkey would continue to be crucial to the EU's plans for energy supply diversification.
Turkey signed cooperation contracts with several countries including France, Turkmenistan, India, Cameroon and Japan on oil, gas, and the nuclear industry during Davutoğlu's term at the Foreign Ministry.
Last Update: Aug 30, 2014 1:21 am
RELATED TOPICS