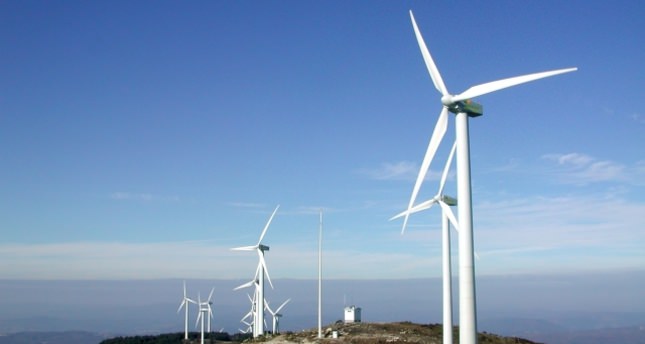 by AA Sep 01, 2014 12:00 am
Turkish Wind Energy Association CEO Mustafa Ataseven said that Turkey has increased its installed wind power capacity to 3.424 MW since June, while it was 2.958 MW at the end of last year.Ataseven noted that thanks the operational power plants, annual electricity requirement of some 3.5 million houses in Turkey is satisfied by wind energy." Ataseven also stated that a capacity of 466 MW has been added to the available installed capacity in the first half of this year, which allowed 500 thousand houses to use wind power. Noting that investment in wind energy has increased recently and reached $7 billion, Ataseven continued, "Since the end of last year, new wind power plants with a capacity of around 3 thousand MW have been put into use. This means that an investment of $6 million has been made in wind energy. In the first half of 2014, more than $800 billion was invested in wind power. We expect additional $800 or 900 millions of investments by the end of year.We hope that this figure will gradually rise in the upcoming years."