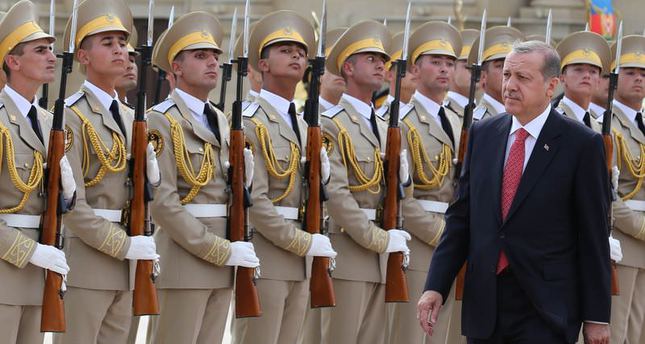 by AA Sep 03, 2014 12:00 am
After wrapping up talks in Azerbaijan, Turkish President Recep Tayyip Erdoğan left for the Welsh city of Cardiff in the UK on Wednesday, to attend a high-level NATO summit.

The summit will take place as NATO prepares to withdraw its 11-year mission in Afghanistan. World leaders from some 60 countries including U.S. President Barack Obama and German Chancellor Angela Merkel will also attend to the summit.

Erdoğan was decorated with Haydar Aliyev state medal by his Azerbaijani counterpart Ilham Aliyev in Baku before leaving for Cardiff.

Turkish president is scheduled to have a private talk with Obama on the sidelines of the summit.