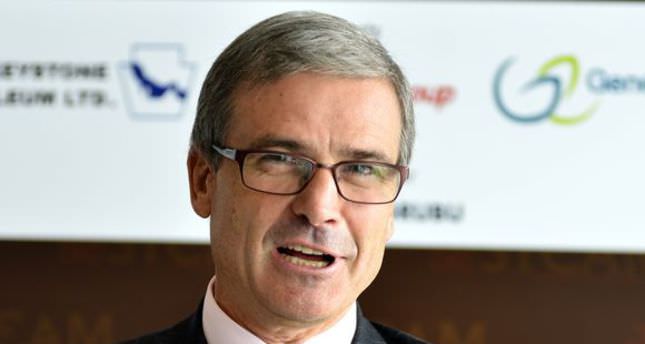 by AA Sep 05, 2014 12:00 am
Following a conference titled "Mapping the Future of Energy," which was held in Istanbul, Deputy Head of the EU Delegation to Turkey Bela Szombati commented on the energy cooperation between the EU and Turkey.

Szombati said that the energy cooperation between the EU and Turkey is continuing and added, "While we are waiting for Chapter 15 on energy to be opened, we are striving to consolidate our relations with the meetings that we call a 'positive agenda.' We have held four meetings so far and they will continue."

Stressing that the most importance issue for EU-Turkey relations is to adapt a legal framework, Szombati continued, "if Turkey's legal order becomes harmonious with the EU's, this will enable European businessmen to invest in Turkey's energy sector." He stated, "Our focus point is that Turkey becomes an energy hub and a transit country to provide the EU with energy. We are concerned about the Trans-Anatolian Gas Pipeline (TANAP) project and expect Turkey to transport Caspian, Middle Eastern and Levantine energy to the EU."

Turkey-EU relations, which came to a standstill three years ago, were invigorated in November 2013 when Chapter 22 (Regional Policy) was opened. The security and variety of energy supply have become a priority for the EU, as well as raising the significance of Turkey.
Last Update: Sep 05, 2014 11:48 pm
RELATED TOPICS