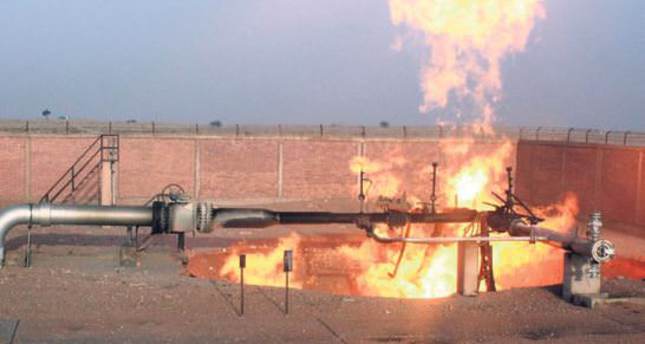 by Daily Sabah with AA Sep 08, 2014 12:00 am
The agreement which Israel made last week to export natural gas to Jordan won't affect a possible gas agreement between Israel and Turkey in the future, an expert says. Stating that the Israeli government is trying to diversify its exports by selling natural gas to neighboring countries as much as possible in the early stage, Sohbet Karbuz, director of hydrocarbons at the Paris-based Mediterranean Observatory for Energy said that "I think this agreement is very reasonable because Israel will be able to sell gas to a new customer by adding a joint to the current gas pipeline system, which requires a small investment." Karen Ayat, an energy analyst and associate partner at Natural Gas Europe Magazine noted that it is normal that Israel wants to sell the natural gas located in the Leviathan gas field to neighboring countries, adding that, "Israel is going to diversify its exports and Turkey will be certainly a part of this strategy." Ayat said that "an energy agreement between Turkey and Israel doesn't seem possible for the moment due to Israel's attacks on Gaza and Turkey's stance toward the issue." Stating that a Palestinian private company is the first potential buyer of the Israeli gas, Ayat said the future of this agreement was also ambiguous because of the Gaza attack. Amit Mor, CEO of Eco Energy in Israel said that the agreement between Israel and Jordan derived massive support from every segment of society. He also added that the negotiations for that agreement had been conducted for three years. Pointing out that political dynamics in the Middle East is changing rapidly; Mor remarked that Israel located itself near the countries running moderate policies such as Jordan and Saudi Arabia.