Turkey at forefront of Europe's increase in renewables 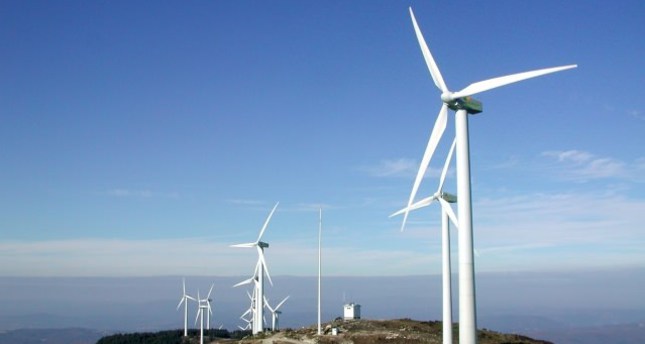 by AA Sep 08, 2014 12:00 am
TURKEY'S investments in renewable energy will account for 15 percent of the 141,000 megawatt capacity increase in Europe expected by 2020, according to a report by the International Energy Agency. Renewable energy in Europe is expected to grow 0.8 percent annually until 2020, and nearly half of the growth in demand for power will come from Turkey, the report says. Growth, increasing income and urbanization are the causes of the increasing energy demand in Turkey. In order to meet some of the power demand in Europe, 141,000 megawatts of capacity increase in renewable energy is expected

A terawatt is equivalent to 1,000 gigawatt hours - or one trillion watt hours. According to the online Energy Business Review, 1.5 terawatts is enough to run the London metro system for 10 years. Germany, the U.K. and Turkey are expected to assume more than half of the renewable electricity production in Europe by 2020, according to the International Energy Agency. Turkey will account for 15 percent of the increase in the use of renewables, including hydro, wind, solar, bioenergy and geothermal, the report says.

Renewables' share in electricity production is targeted to rise to 30 percent in 2023, according to the government of Turkish Prime Minister Ahmet Davutoglu. In accordance with the 2023 goals, wind power is aimed to reach 20,000 megawatts, geothermal to reach 600 megawatts and solar to reach 3,000 megawatts, Davutoglu said.by 2020, the report said.