Renewable energy investments on the rise 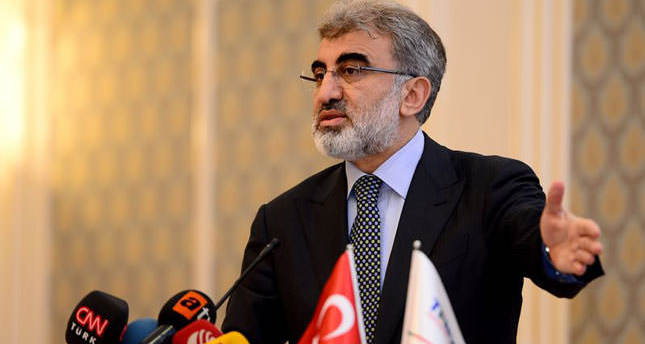 by Daily Sabah Sep 13, 2014 12:00 am
During the opening ceremony of a renewable energy plant, Turkey's Energy and Natural Resources Minister Taner Yıldız announced on Friday that Turkey's installed electricity capacity increased 11.4 percent this year. He said the current increase displays aggressive growth. In 2014, the share of wind energy in the total capacity is reportedly 5 percent. Yıldız also said the ministry intends to establish one of the world's biggest solar plants in Konya. "A growing Turkey cannot have a diminishing energy industry," he stated. Considering Turkey's growing welfare needs, the energy industry has to achieve a progress surpassing current economic growth.

Giving an address at the same event, Deputy Minister-President and Minister of Finance and Economics of Baden-Württemberg – one of the 16 states of Germany – Nils Schmid also said Turkey is one of the world's fastest growing economies, despite the slight slow-down in growth rates. Schmid stated the OECD is expecting a 4 percent increase in Turkey's GDP next year. "As it is clearly seen, Turkey will never be satisfied with future growth rates," he told. A total of 5,800 German companies make investments in Turkey, making Germany the major investor in the country. Schmid concluded that not only energy production, but also energy productivity is important for Turkey.
Last Update: Sep 13, 2014 1:31 am
RELATED TOPICS