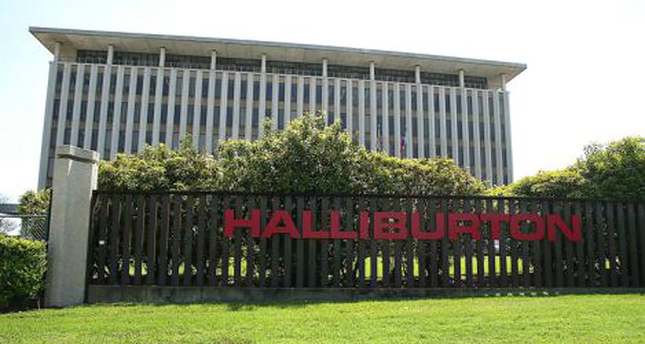 by AA Sep 15, 2014 12:00 am
A contract which would see U.S. oil giant Halliburton explore for natural gas in Turkey could be realised in the next few weeks, Turkish Petroleum's deputy director general Besim Şişman revealed on Monday.

An agreement is expected to be signed in September or October, according to Şişman who was speaking at the 2014 International Energy Conference and Exhibition in Istanbul.

A deal for gas exploration in the Northwestern Thrace region could be agreed in a matter of weeks.

Whether economic production can be realised will be clearer after comprehensive research which is expected in 2015 at the earliest, according to Şişman.

"Signing a deal is important, but what is really significant is proving that natural gas can be extracted and produced by unconventional means (fracking) in Turkey," he said.

The search for natural gas and oil by unconventional means is currently concentrated in Diyarbakır in Eastern Turkey and the Thrace region.

"Gas hydrate explorations are continuing with some firms and the results of the studies will be introduced to the public in two years," says Şişman.

Conventional natural gas is gas extracted from discrete, well-defined reservoirs. This can usually only be developed using vertical wells whereas unconventional gas deposits are distributed over a much larger area.

These are typically accessed by drilling deep vertical wells into shale or coal, then horizontally through underground rock, according to a 2012 European Union's report on unconventional gas.

Şişman also announced that Turkish Petroleum workers who were called back home because of the rising threat from the self-proclaimed Islamic State of Iraq and Sham group have been sent back to Iraq and their numbers have reached previous levels once again.

"Turkish Petroleum has a total of $1.5 billion of investment funds in the energy sector for Iraq but problems sometimes arise in realising projects because of technical disruptions," he added.

Şişman said Turkish Petroleum and the Iraqi government had discussed risks and threats that could affect investments: "Turkish Petroleum doesn't have any current problems while working in the fields in Iraq," he claimed.

Turkish Petroleum has turned to Africa for possible projects as Turkey's active involvement in the region grows, Şişman says, adding that the Ministries of Energy and Foreign Affairs were supporting Turkish Petroleum during this time.