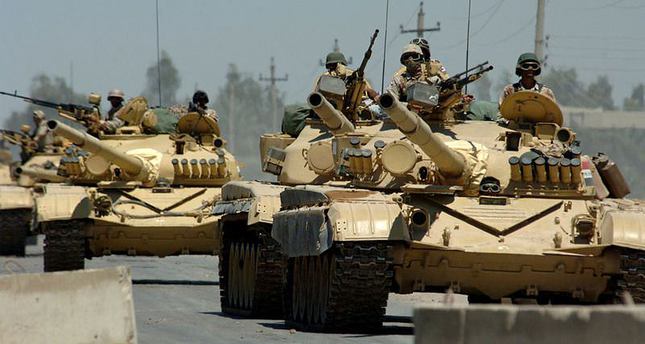 by Abdülkadir Karakelle Sep 17, 2014 12:00 am
Turkey, whose economic ties with Iraq have been suffering due to falling exports to the country since the Islamic State of Iraq and al-Sham (ISIS) expanded its presence, is now groundlessly accused of enabling or overlooking ISIS commercializing its oil via primitive pipelines and selfnavigating mules. A veteran oil trader and CEO of Ba Energy, an Istanbul-based oil trading company, Şadi Güngör dismissed the allegations that Turkey has become a route for ISIS oil trade that is allegedly reached a $3 million turnover per day.

Speaking to Daily Sabah, Güngör stated that Turkey has hundreds of kilometers of borderlines with the fields in Iraq and Syria, including oil-rich areas that were occupied by ISIS. "Oil smuggling has been a problem for Turkey for decades. It is not something new. However, some international media outlets malevolently imply that ISIS is the founder of this dirty business," Güngör said.

Asked about the alleged ISIS oil turnover, Güngör said that ISIS would need more than 60,000 self-navigated mules or 500 oil trucks to transfer the crude or diesel fuel refined at hidden facilities to reach a $3 million turnover. "That is ridiculous," he added. "But, it is a possibility that ISIS buried garden hoses that are conveying oil to Turkey's southern cities. What is quite important here is this smuggling activity has been troubling Turkey for decades, long before ISIS emerged. Not to mention problems with tax collecting and oil smuggling hurts Turkey's energy security. Considering Turkey is helping or overlooking ISIS's oil trade endeavors is utter nonsense," he said.

Former Minister of Customs and Trade, Hayati Yazıcı, who left his post on Aug. 29, posted an online statement regarding measures taken to prevent oil smuggling and fined firms that were involved in smuggled oil trading. "Business licenses of 233 gasoline distribution stations, which were proven to sell smuggled oil, were terminated between April 11, 2013 and July 1, 2014," the former minister noted in the statement.

Güngör also said that Turkey has longterm oil purchasing agreements with various suppliers and is not expected to face oil supply problems. "However, in Iraq and Syria, we can see a huge refined oil shortage as a result of endless clashes. ISIS can easily market its oil in these countries instead of taking the riskiest route rather than passing through Turkey - a country that is taking part in the anti-ISIS coalition led by U.S. ISIS would make more and easier money in the Iraqi and Syrian markets," he said.

According to a law implemented on April 12, 2006, regulating Turkey's oil market, firms are banned from selling refined oil or buying crude oil that is not blended with "oil marker," a chemical liquid added into the oil to identify it in terms of source, seller, buyer and other chemical features. According to the law, domestically produced marker has to be added for oil to be consumed in the Turkish market under the control of independent market regulators either before the oil enters Turkish refineries or before it passes through customs. "The regulation prevents marketing the oil coming from unknown sources. Marker provides solid evidence while determining if gasoline stations are involved in oil smuggling," Güngör said.
Last Update: Sep 18, 2014 1:59 pm
RELATED TOPICS