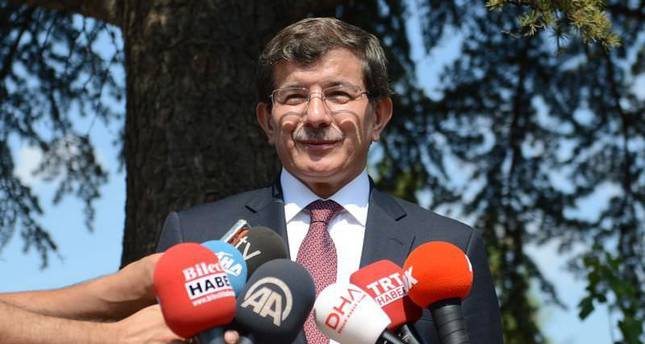 by daily sabah Sep 19, 2014 12:00 am
Turkey is collaborating with the U.S. in preventing the Islamic State of Iraq and al-Sham (ISIS) from selling the oil from the wells it seized in Syria and Iraq, said U.S. Foreign Secretary John Kerry late on Wednesday at a Senate hearing, while senior Turkish officials dismissed claims that there was any direct or indirect trade link with the terrorist group. In response to a reporter's query, Turkish Customs and Trade Minister Nurettin Canikli said yesterday that there is no direct or indirect oil trade, purchase and sale with ISIS. Canikli said that the government was against everything ISIS stood for and as one of the countries that had suffered the most from terrorist acts, Turkey had repeatedly and very clearly expressed its stance against ISIS.

"This is a very critical and sensitive subject. We had to think carefully, consider and protect our citizens' wellbeing," Canikli said. He added that every possible step and precaution to prevent smuggling had been taken. Turkey's Minister of Energy and Natural Resources, Taner Yıldız said that Turkey has never purchased oil from ISIS. "There are 13 countries from which Turkey purchases oil from including Russia, Iran, Iraq and Saudi Arabia. Turkey does not have any trade relations with ISIS," Yıldız said.

Yıldız said that trying to link Turkey to ISIS is a meaningless effort, adding, "It is not possible for us to cooperate with or make any deals with ISIS, which reportedly has a $2 million income, while Turkey's oil portfolio involved 35-million-ton trade worth $52 billion."

Kerry, speaking about the ISIS crisis at the Senate Foreign Relations Committee, said ISIS was smuggling oil to Turkey and Lebanon despite
Turkey's repeated denials. During the session, Democrat Senator from Illinois, Dick Durbin, inquired as to how ISIS could survive as a terrorist organization. He asked Kerry about the countries providing arms or allowing ISIS to trade, which perpetuate the clashes and allows the ISIS threat to continue. Kerry said he believed not a single country supported the terrorist group, which was sustaining itself by seizing banks in Mosul and smuggling oil. When asked which countries the oil is being smuggled to, Kerry noted that oil is mostly smuggled to countries that border Syria, apparently to Turkey or Lebanon. The senator asked whether these countries are cooperating with the U.S. to prevent smuggling. Kerry said, "Yes, they are collaborating, but Turkey has its own problems. There are 49 hostages that have been publicly announced. Our discussions with Turkey will continue."
Last Update: Sep 19, 2014 9:19 am
RELATED TOPICS