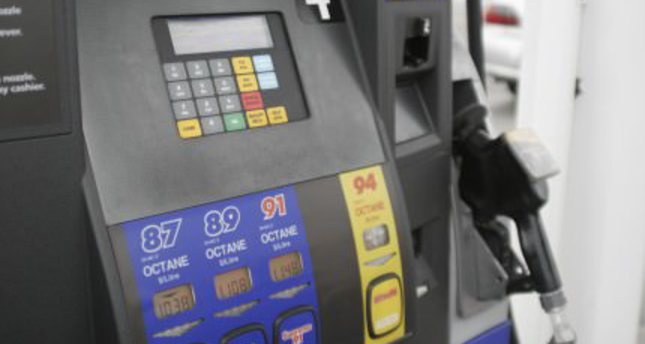 by Daily Sabah Sep 23, 2014 12:00 am
An operation organized by the Ministry of Customs and Trade saw 34 cities raided and 41,000 liters of illegal fuel confiscated as well as legal action initiated against 14 fuel oil stations over the past week. According to the announcement from the ministry, 22 teams consisting of 200 staff members carried out "national marker" operations for a whole week targeting 624 fuel oil stations.

The teams entered some of the stations with special authorization obtained from legal authorities to determine whether there were hidden tanks and apparatuses. In the raids, 41,000 liters of diesel oil and market-ready gasoline was confiscated and interesting smuggling methods were discovered. The teams that visited a station on the Samsun highway noticed that the cash register, which should be linked to the LPG guns, was attached to a laptop in the office and linked to special software; all sale information was being deleted. When the software was examined it was revealed that although a normal sale took place and the customer was presumably given a receipt for the purchase, all sales were deleted at the end of the day and those sales were also not on the end of day reconciliations of the register.

According to a law implemented on April 12, 2006, regulating Turkey's oil market, firms are banned from selling refined oil or buying crude oil that is not blended with "oil marker," a chemical liquid added into the oil to identify and categorize it in terms of source, seller, buyer and other chemical features.

According to the law, domestically produced marker has to be added to oil before it can be transferred to the Turkish market under the control of independent market regulators either before the oil enters Turkish refineries or before it passes through customs. "The regulation prevents marketing oil coming from unknown sources. Marker provides solid evidence while determining if gasoline stations are involved in oil smuggling," a veteran oil trader Dr. Şadi Güngör told Daily Sabah.
Last Update: Sep 23, 2014 1:35 am
RELATED TOPICS