Turkey ‘could save billions’ with energy efficiency 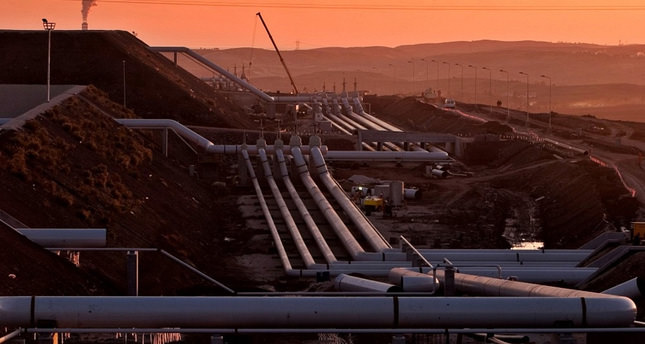 by AA Sep 24, 2014 12:00 am
Turkey could save more than half of its spending on energy by adopting energy-efficiency policies, an expert has said. Rıza Köroğlu, director f Istanbul-based Total Energy Efficiency, told the Anadolu Agency (AA) that if Turkey reached the level of Germany - the world's leading energy efficient nation - the country could save $39 billion (TL 87.15 billion) on its $65 billion annual energy spend.

Köroğlu's comments come after recent statements from two ministers about the need to adopt and support energy efficiency policies. "Germany spends 1 kilowatt of electricity for the same work that Turkey spends 2.5 kilowatts of electricity on. If Turkey manages to reach Germany's level, Turkey could save up to 60 percent of its spending," he said.

Energy efficiency is not a choice; it is a requirement, he added. Turkey has the potential to save TL 15 billion annually by adopting energy efficiency policies, the country's Energy and Natural Resources Minister Taner Yıldız said on Monday. Turkey has saved TL 3 billion over the last three years by using energy efficient methods, a sum equal to the amount needed to build a large hydro-electric power plant, the minister said. Minister of Finance Mehmet Şimşek also announced last week that his department was prepared to support energy efficiency with specific policies. Energy spending is the biggest contributor to Turkey's current account deficit, Şimşek said. He announced plans for lowering a special consumption tax for house appliances with high energy efficiency and payment installments for building insulation.

Germany is in first place when it comes to energy efficiency due to a 20 percent reduction target in primary energy consumption by 2020 compared with 2008, according to a report published by the Washington-based American Council for an Energy-Efficient Economy. The report lists the first 16 countries with the highest energy efficiency numbers. Germany came first globally because of its mandatory codes requiring both residential and commercial buildings to reduce energy consumption as well as tax reduction and loan regulations, the report said. Italy is in second place with the help of its efficiency. The European Union as a whole came in third while China and France both tied for fourth. Britain and Japan made the top five.