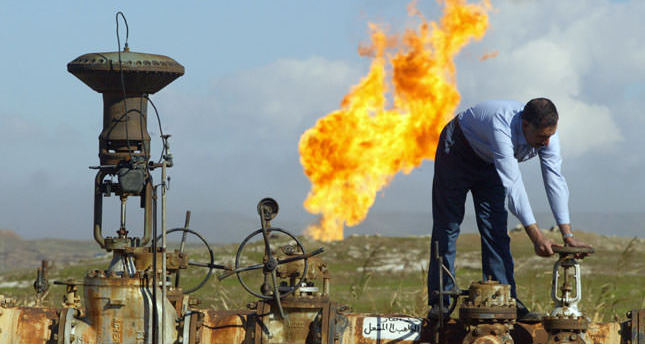 by Daily Sabah Sep 26, 2014 12:00 am
Turkish Minister of Energy and Natural Sources Taner Yıldız stated on Thursday that the total amount of Kurdish crude oil exported to the international market via the pipeline passing through Turkey has reached 13.7 million barrels. The minister told press that 19 shipments from the Mediterranean port of Ceyhan have been made so far and the 20th shipment will be loaded soon. "Total revenue reached $1.3 billion (TL 2.93 billion). Turkey's state-run Halkbank, which was authorized by Turkish and Kurdish governments for holding the oil deposits, has collected $400 million of the revenue up to now," the minister said.

The Kurdish oil issue has occupied the agendas of energy business circles all around the world for more than 8 months due to conflict between the Irbil and Baghdad governments regarding export rights.

The central government's oil ministry said on June 30 in a statement that Turkey violated the Turkey-Iraq pipeline agreement by exporting crude oil from the Kurdish region without the central government's consent. The Iraqi ministry also asked the International Chamber of Commerce (ICC) to order Turkey to cease all unauthorized transport, storage and loading of crude oil and award compensation [to Bagdad] for financial damages of more than $250 million (TL 521 million).

Despite Baghdad's legal action sales from the Turkish port of Ceyhan continued, moreover Turkish and KRG officials stated that selling Kurdish oil is constitutionally allowed and that the Iraqi central government was aware of the process from the start. They also claimed that Baghdad has no legal basis for the law suit filed with the ICC.

Last December, the KRG administration completed the construction of the Taq Taq-Khurmala-Fish Khabur pipeline that connects the Taq Taq oil field to the entry point for the Kirkuk-Ceyhan pipeline. Since then, Kurdish oil exports have continued uninterrupted through a pipeline that is capable of sending a maximum of 300,000 barrels of oil per day (bpd) to Turkey.The KRG's total production capacity is currently slightly more than 400,000 bpd and it plans to increase this amount to 1 million bpd in 2015 and 2 million bpd in 2019.