Past half-decade energy import bill $239B 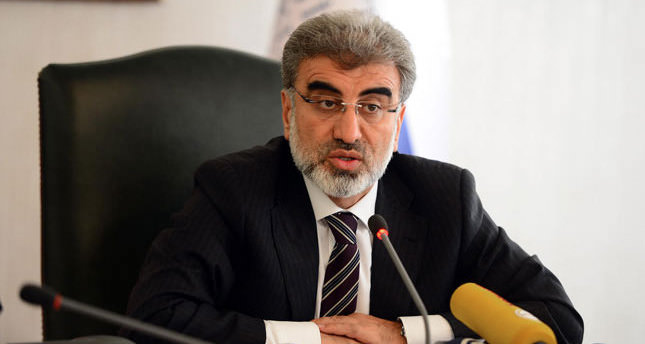 by AA Oct 03, 2014 12:00 am
The cost of Turkey's energy imports in the past five years was $239 billion, said Turkish Statistical Institute as Energy Minister Taner Yıldız announced the acceleration of the building of the country's first nuclear plant.

The total cost of Turkey's energy imports totaled $239 billion (TL 543.10 billion) between 2009 and 2013, with $37 billion being spent in the first eight months of 2014, according to the Turkish Statistical Institute (TurkStat). Turkey's foreign energy imports constitute around 70 percent of its total energy consumption. The country imports coal, oil, natural gas, and electricity every year to secure its energy demand since it cannot meet its energy needs with domestic resources. In 2009, Turkey made $30 billion worth of imports to close its energy deficit, while this rose to $39 billion in 2010, $54 billion in 2011, $60 billion in 2012, and $56 billion in 2013, according to data from TurkStat. Energy imports, one of the most significant factors contributing to the Turkey's current account deficits, is heavily dependent on fluctuations in exchange rates.